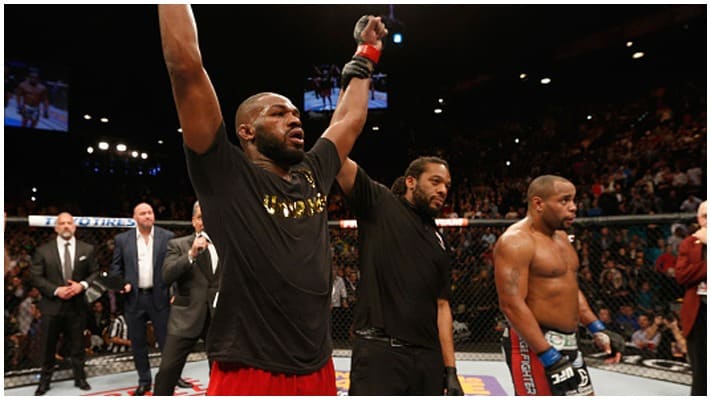 Daniel Cormier has revealed he was happy that Jon Jones didn’t try to play nice after their fights.

‘DC’ made the comments after watching Anthony Smith submit Ryan Spann at UFC Vegas 37. As soon as the fight was waved off ‘Lionheart’ stood up, got in his opponent’s face, and started shouting at his defeated foe for his pre-fight disrespect.

“I have no problem with the way Anthony Smith just acted when you talk all that shit and you get beat the way Ryan Spann just got beat we don’t need to shake hands and hug Anthony is an OG and do not play,” Cormier wrote on social media. “Really was an easy night for @lionheartasmith great job!!!#UFCVegas37”

Cormier then referenced his UFC 182 fight with Jon Jones as a perfect example after a fan claimed he “didn’t act that way” after his first career loss.

“There was no hug and I’m happy he didn’t hug me I didn’t or don’t need that,” Cormier replied. “The things that go so far can’t just be buried once the fight is over. I was sad at presser and Jones showed no pity. It was perfect! No fake friends once the fight is done!”

Smith and Spann quickly made up post-fight. The same cannot be said for Cormier and Jones who still often bicker online despite the fact ‘DC’ is retired and Jones is still supposedly pursuing heavyweight gold.

Do you think Daniel Cormier has a point? Should fighters keep the same energy post-fight?