LowKickMMA.com
Home MMA News Dana White Is Now Unsure Of A Possible Hasbulla Fight In The... 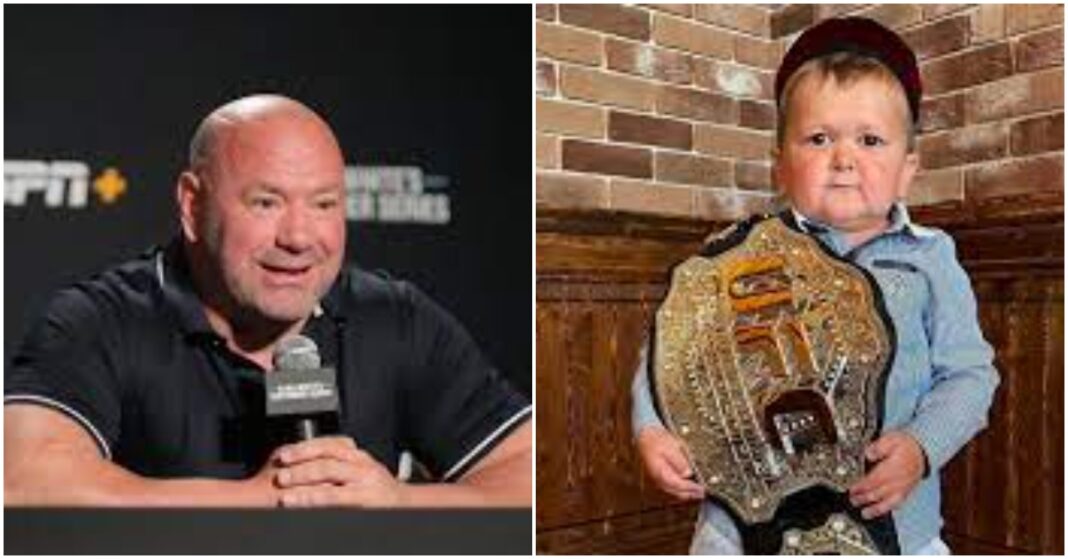 UFC President Dana White is unsure if Hasbulla Magomedov will be able to fight in the UFC in the near future.

Hasbulla has received a ton of love from both the MMA community and fighters inside the UFC. He’s such a recognizable character in the MMA world now, that Dana White was even throwing around the idea of possibly hosting a fight between him and Abdu Rozik. Hasbulla and Abdu Rozik have one of the most heated rivalries between two men in the world. Those two truly don’t like each other.

Dana White has been vocal about his admiration for Hasbulla recently

White was recently on Barstool Sport’s ‘Pardon My Take‘ Podcast talking about the possibilities of having the two settle their feud inside the UFC’s octagon. “This guy (Hasbulla) is fascinating.” White said when asked about Hasbulla. “I don’t know if he wants to get involved, and from what I hear, his father is super protective of him. If that’s the case, you don’t want your kid fighting.”

The three joked about how popular Hasbulla is and how he goes around throwing haymakers at everyone. White did say he didn’t try throwing a punch at him when they met at UFC 267. Hasbulla was a crowd favorite that night, talking with MMA legends and even landing a few punches on them.

Hasbulla also met up with his arch nemesis and they almost threw down in the middle of the event. Hasbulla was able to land a kick on Abdu Rozik and the two had to be separated before the real fireworks went off.

All joking aside, Hasbulla seems like he is living a great life and having a fantastic time inside the MMA world. It is fun to watch him live all his dreams and he was even inside the octagon after his buddy Islam Mackachev won his fight against Dan Hooker.

Would you like to see Hasbull and Abdu Rozik face off inside the octagon, or is that taking it to far?