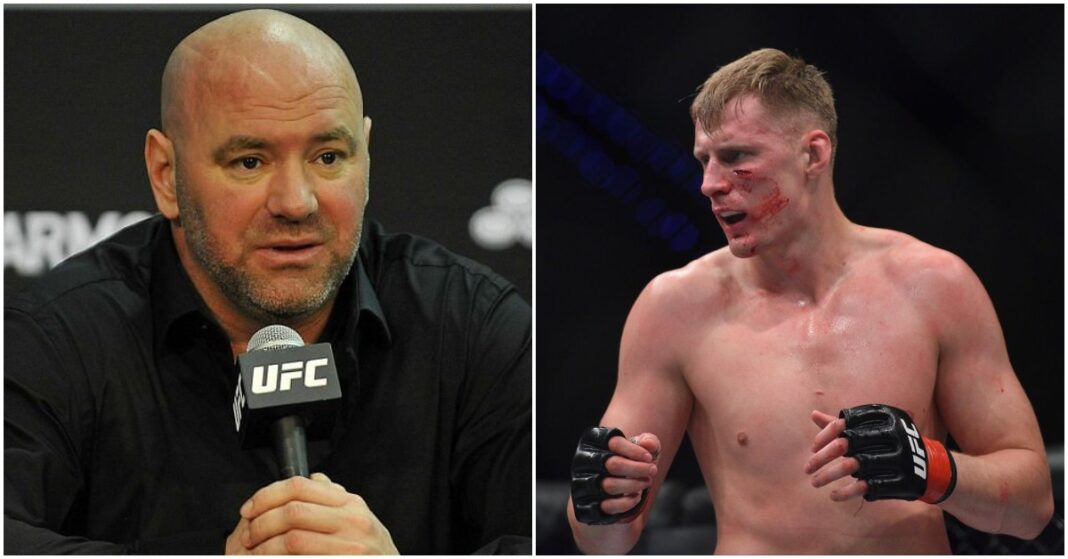 UFC president Dana White has revealed he is unsure what the future holds for Russian athletes competing in the UFC amidst their countries conflict with Ukraine.

Many sporting organisations and countries have cancelled the visas of Russian athletes in response to what has been going on. Promotions such as KSW have already announced the cancellation of matchups scheduled within Russian fighters involved, such as Shamil Musaev for KSW 68.

UFC London may be scheduled to lose one-half of its main event due to Russian fighter Alexander Volkov potentially being unable to travel.

White asked for Volkov to travel over earlier in hopes to avoid any issues like this however it appears they have been unable to avoid such problems.

“We’re trying to get him into England sooner so he can fight,” White said.

“When things like this start blowing up, we start looking at potential problems and what possibilities are, and we try to get around them. We try to figure out ‘if that’s going to happen, let’s get these guys into England earlier.’ I know that we’ve been trying to get Volkov to leave Russa, and he hasn’t wanted to.”

Dana White Concerned For The Future

If this issue continues to develop any further the UFC will begin to have a serious problem on its hands. A large majority of fighters are based in Russia, including interim bantamweight champion Petr Yan who is scheduled to have his title unification bout take place next month at UFC 273.

As it currently stands, Dana White is unsure what the future will hold for everyone.

“Like I tell you guys all the time, just when you think the world’s about to get normal again, it gets even nuttier,” Dana White added.

“So, we’ll see how it works out. You keep asking me questions like, ‘Will Conor McGregor fight for the title when he comes back in the fall?’ I don’t know what’s going on in the fall. When the fall comes, we’ll see what’s happening.

“‘If Petr Yan cannot get into the country?’ I have no idea what’s going to happen with Russia and all these other things. I don’t know.” (Transcribed by middleeasy.com)

Only time will tell much of an impact this will have on the availability of Russian fighters.

Do you think Russian fighters should currently be banned from competing in the UFC?