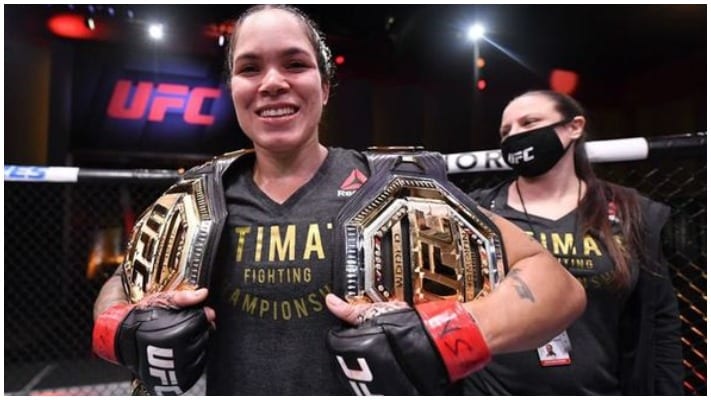 Nunes is widely recognized as the greatest female fighter of all time and that was further solidified after she defended her 145-pound title for the first time against Felicia Spencer at UFC 250 this past weekend.

However, the Brazilian is rarely in the conversation for the overall GOAT of MMA regardless of gender. Some observers even feel if a male fighter had emulated Nunes’ achievements, they would be in that exact same conversation.

And for White, it all comes down to a gender bias.

”So I think that’s part of the reason, but it’s getting very hard now for people not to start respecting her, especially after this last performance [against Felicia Spencer]. And when she fought Germaine de Randamie, people were like, ‘oh, she looked awful human in that fight, she looked human.’ What? She fought the greatest female striker ever. She fought the greatest female striker ever and she won the fight. What do you guys want from this woman? And then this last fight against an unbelievably tough, durable Spencer. She put on an absolute clinic.”

Nunes is currently set to take some time off from the sport.

However, it will only be a matter of time until she’s back and ready to defend one of her titles again. The only question is who will get the next shot.

Who do you want to see Nunes face next? And do you think she’s disrespected in the GOAT conversations?