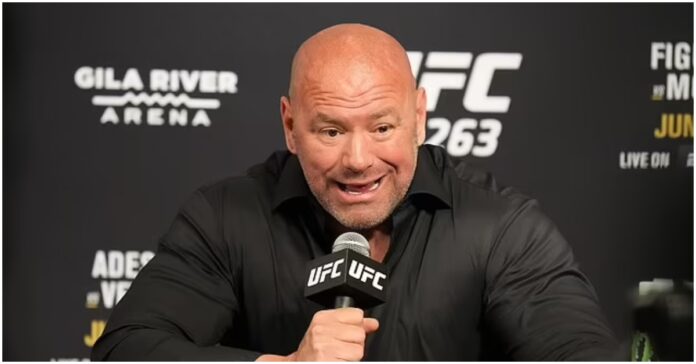 UFC President dana White has responded to UFC criticism of his athletes compared to boxers but says “all those fucking guys [boxers] are overpaid”.

In recent times, the issue of fighters pay has began to pick up some steam and questions are continuing to be asked of the UFC of the compensation of their fighters.

When making an appearance on the ‘Pivot Podcast’ White would respond to the comparison, “one of the big problems with boxing to is that all those fucking guys are over paid”, White stated. “Every time they put on a fight it’s a going out  of business sale. You know what 9ij mean ‘were just trying to get as much money as we can from you guys and were out of here.

“You cant build a league like that, you cant build a sport, you cant have 750 fighters under contract, making money, feeding their families every year with that kind of mentality. It doesn’t work you have to run a business.”

White has valid critismcms over the state of professional boxing in regards to the continues growth of the sport but over fighter pay? Although boxers can earn a considerable amount of money, the example of Fury earning $33.6 million for his latest fight is comparable to major sports league like the NHL and NFL whos revenue split is evenly devided with athletes and organastions at around 50%.

In comparison thr UFC’s reveunue share for fighters is around 18-20%.