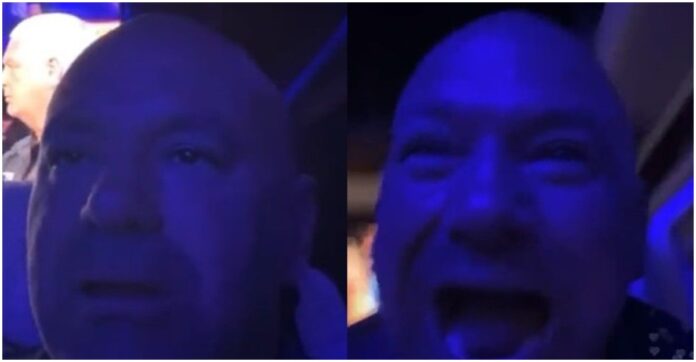 UFC President Dana White is not just the boss but a real fan at heart. White reacted to Jiri Prochazka’s incredible submission victory over Glover Teixeira the same as everyone did inside the Singapore Indoor Stadium at UFC 275.

The light heavyweight title fight consisted of a remarkable back-and-forth war between two durable fighters who would not quit. Eventually, in the fifth, with thirty seconds remaining, Prochazka forced Teixeria to tap, allowing himself to become the first UFC champion from the Czech Republic, and almost guaranteed a place in the hall-of-fame books with the extraordinary bout.

White did not make the trip to Singapore for the event and remained in the U.S to celebrate in Miami for his son turning 21. Still, White watched the action unfold in a light heavyweight barnburner that won’t be forgotten.

“He tapped!” Dana White yelled in his Instagram live video. “No way! No f*cking way! Jiri f*cking tapped him out. No way. No way. What a f*cking fight. What an absolute f*cking war, man. Sh*t, my phone is f*cking blowing up.”

The monumental victory moved Prochazka to (29-3-1) in MMA and advanced his ongoing win streak to 13. It took the Czech Republic native just three fights inside the organization to attain UFC gold after finishing Volkan Oezdemir and Dominick Reyes in his first two outings.

Prochazka’s unique and tricky style will make him a hard man to dethrone. He showed his well-rounded skill-set, sheer toughness and will to never quit on himself. In his post-fight interview backstage, the 29-year-old welcomed the rematch with Texiera when asked what would be next but also was happy to stand across the Octagon from former light heavyweight champion Jan Błachowicz, who was in attendance.

If you were in Dana White’s position, who would you have face Prochazka next?