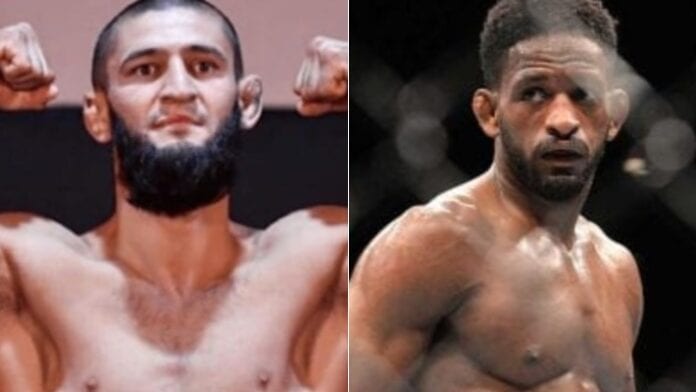 Only Neil Magny has truly offered to step up and face Khamzat Chimaev.

That’s according to UFC president Dana White who was providing an update on Chimaev’s next fight as the “The Wolf” continues to struggle finding a ranked opponent to fight next.

“I should have something for him in the next two days,” White told ESPN’s Brett Okamoto. “… Right now he is [the most difficult guy to find a fight for] — that’s for sure. Nobody is jumping out of their…listen, let me give respect where respect is due. Neil Magny has said, ‘I will fight him.’ So much respect to Neil.”

Magny, of course, called out Chimaev late last month and could certainly be a valid option as Chimaev’s next opponent. The pair even interacted with each other on social media on Wednesday.

Chimaev would respond soon after.

“I am here my friend. I am also tired of all the bullshit from all internet fighters. Let’s do this on Dec 19. No more excuses let’s rock’n’roll baby 🤪”

Magny hasn’t been offered a fight with Chimaev as of yet, though.

Do you want to see Magny vs. Chimaev next? Who takes it?