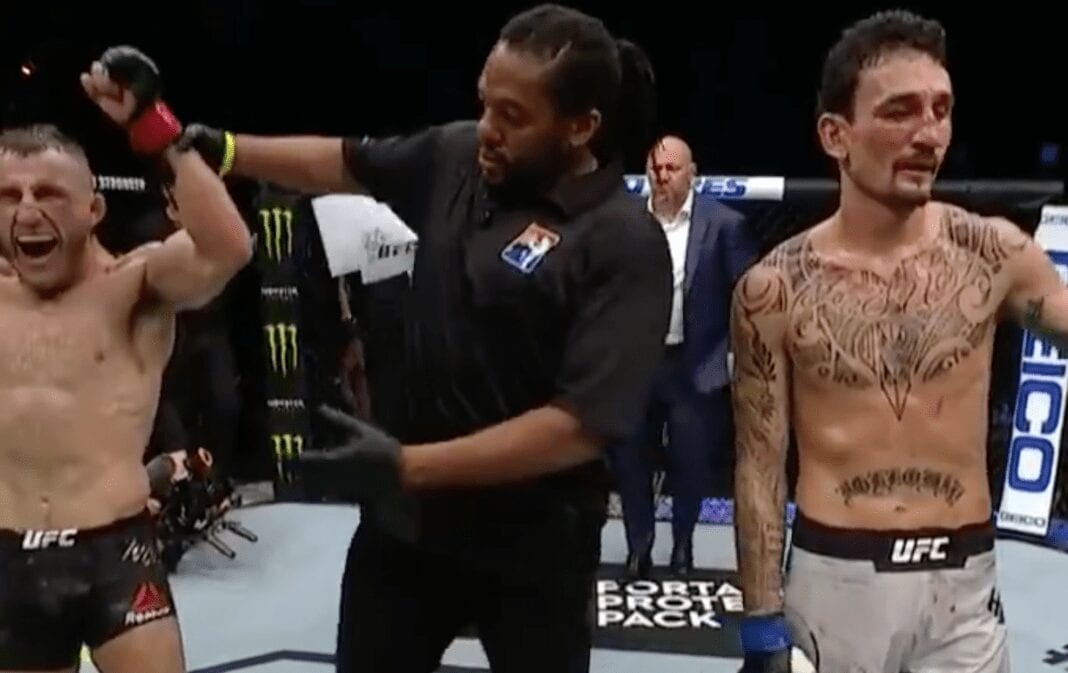 Max Holloway can only blame himself for not winning the featherweight title according to UFC president Dana White — even though the latter acknowledged it was a case of bad judging.

Holloway looked to regain his old strap in a rematch against Volkanovski in the co-main event of UFC 251 on Saturday night. It looked like he would do just that as he dropped “The Great” twice in the opening two rounds.

However, Volkanovski rallied in the remaining three rounds which were much closer compared to the first two.

Although the champion adjusted and did much better, many observers still believed Holloway did enough to secure three rounds at the very least.

Unfortunately, two judges saw it differently as Volkanovski earned 48-47 scorecards to retain his title via split decision. And White did not agree with that decision at all.

It’s rare for fighters to get a third fight with a champion if they lost the first two. Just ask Stephen Thompson.

This, however, is a unique circumstance and as for whether Holloway could get a second rematch despite now being 0-2 against Volkanovski, White did not rule it out.

“I don’t know, did anybody here have it for Volkanovski? Nobody in the media? I don’t know, we’ll have to figure it out,” he added.

Do you think Holloway should get a trilogy?