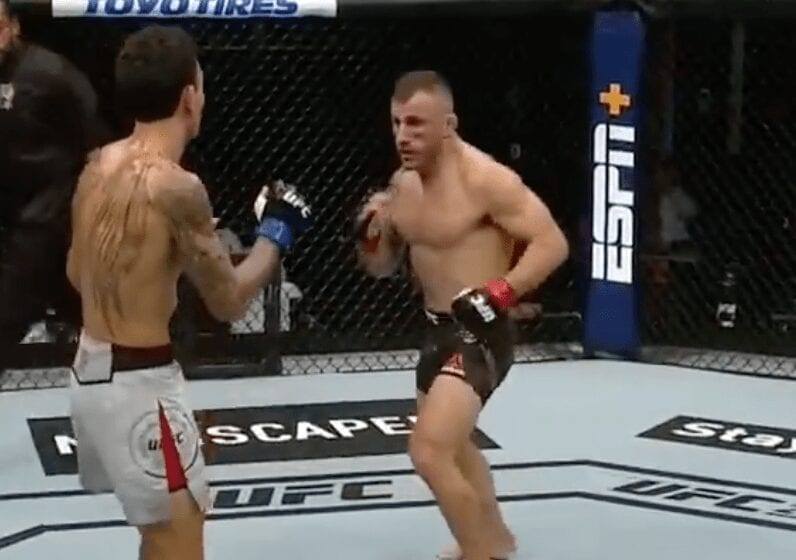 Volkanovski faced Max Holloway in a rematch for the featherweight title in the co-main event of UFC 251 on Saturday night. Holloway certainly changed things up this time as he hurt “The Great” and dropped him twice early on in the fight and clearly won the first two rounds.

However, Volkanovski rallied in the final three rounds and did enough to win a split decision verdict to retain his championship.