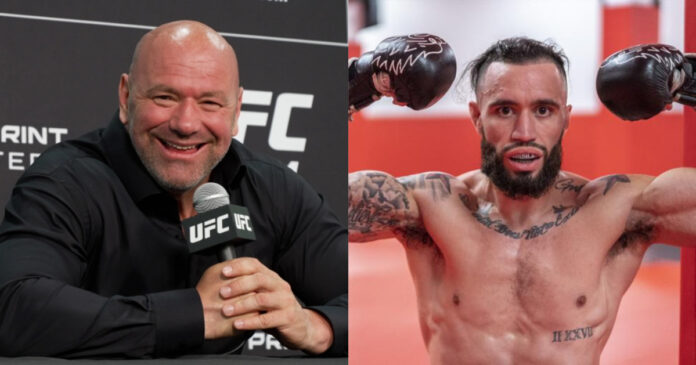 UFC President Dana White admits ‘mistakes were made’ regarding Shane Burgos’ recent announcement that he would be signing with the PFL instead of resigning with the UFC.

During a recent episode of the MMA Hour, Shane Burgos announced that he would be signing with the PFL following his last fight on his UFC deal. Burgos is fresh off an impressive win over fellow featherweight contender, Charles Jourdain and also was also ranked in the UFC’s top 15.

Burgos had nothing but good things to say about his former promotion, in fact saying he ‘loved’ being a UFC fight, but admitted that the money would be too good to pass up on.

“When it’s all said and done after the first season—obviously,” Burgos said. “I plan on winning—I’ll be a multi-millionaire.”

Burgos was a fan favorite and losing out on exciting fighter just entering his prime is a blow to the UFC and Dana White would admit that in a recent interview with Kevin Iole for Yahoo Sports.

Burgos leaving for bigger money in a smaller promotion is just another chapter in the endless saga of the UFC’s issues with fighter pay, but whenever issues like this are raised, the UFC and White do not seem to care.

In a recent interview with GQ, White would double down on the fighter pay, saying that fighters are paid what they are owed.

“Fighters always want to make more money,” White said. “Boxing has absolutely been destroyed because of money and all the things that go on. It’s never gonna happen while I’m here. Believe me, these guys get paid what they’re supposed to get paid. They eat what they kill. They get a percentage of the pay-per-view buys and money is spread out amongst all the fighters.”