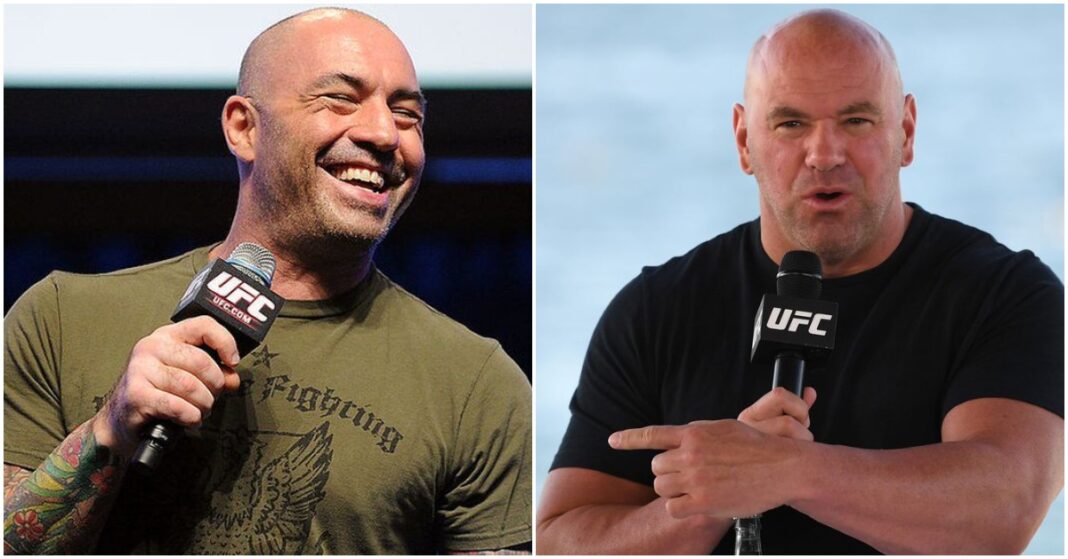 The UFC boss and Rogan are part of the Live Entertainment section of the list and join the likes of That section includes Nick Khan, Howard Stern, Roger Goodell, Adam Silver and Andrew Lloyd Webber.

Dana White’s entry focuses on his stance on COVID-19, it reads.

“White declared the Ultimate Fighting Championship would never require its fighters to be vaccinated, continuing his controversially contrary approach to coronavirus safety. Under the UFC’s contract with ESPN, the league was required to stage 42 fights in 2020, and White did his best to deliver, putting on UFC 249 in Florida in May and holding a series of fights in the league’s Las Vegas production facilities, all without an audience, before moving the action to Abu Dhabi’s Yas Island (dubbed Fight Island), where several thousand fans were allowed to watch the matches in-person. Beginning in the spring of 2021, White began holding full-scale UFC events in the U.S., with no masks or social distancing required.”

Rogan’s entry has little to do with his UFC work and everything to do with the $100 million deal he signed with Spotify in 2020 and the subsequent fallout.

“In the wake of signing a $100 million Spotify deal in 2020, Rogan and his podcast ‘The Joe Rogan Experience’ became a favorite target of critics for his attacks on ‘woke’ culture and vaccine passports, and his controversial guests including conspiracy-loving radio host Alex Jones,” Rogan’s entry reads.

“He inspired internal protests by Spotify employees, who alleged that the podcast was transphobic. To top that off, he ignited a fresh firestorm in September when he admitted that he had contracted COVID-19 and was treating it with ivermectin, a drug meant for parasitic infections, not viruses. And none of that seemed to harm the popularity of his show. Rogan, who has worked as a sitcom actor (‘Newsradio,’ 1995-99) and reality-series host (‘Fear Factor,’ 2001-06, 2011-12), continues to perform stand-up and do color commentary for UFC matches.” (Transcribed by MMA Junkie)

Who else in the world of MMA should join Dana White & Joe Rogan on this list?