LowKickMMA.com
Home UFC News Dana White: It Looks Like Jon Jones Did Not Take Supplement Everyone... 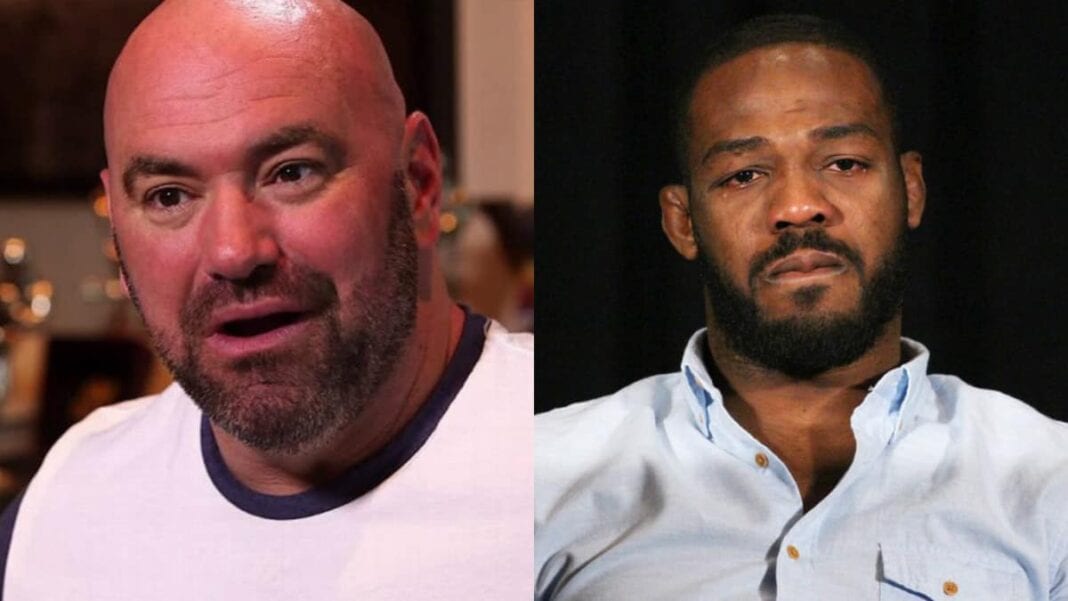 Former UFC light heavyweight champion has quite the year. Jones was pulled out of UFC 200 because of a potential anti-doping violation. Jones was supposed to fight Daniel Cormier for the light heavyweight title at the event. The Nevada State Athletic Commission confirmed at the July 18 hearing that Jones tested positive for hydroxy-clomiphene, “an anti-estrogenic agent” and “letrozole metabolite,” an “aromatase inhibitor.”

Estrogen blockers can potentially act in tandem with performance-enhancers by helping to mitigate their side effects. A temporary suspension placed on Jones’ Nevada fight license was subsequently extended by a unanimous vote and a formal hearing will be conducted later this year.

READ MORE:  Marvin Vettori Believes Paulo Costa Was Ready To Fight: 'It Was A Trap'

UFC President Dana White told radio host Jim Rome on his show on Tuesday that it appears that Jones didn’t take the supplement that the NSAC said he did.

“Well, it’s coming back now that it looks like he did not take the supplement that everybody thought he took,” White said. “We’ll see how this thing plays out.”

“I don’t even know if this is public. I didn’t know if I can talk about it,” White said. “Normally, I talk about anything, but when it comes to medical stuff, you can’t do it. It’s looking like Jon Jones did not take the drug everybody thought he took. It looks like it’s something else.”

White admitted that he will let things play out but it looks good for Jones and his future in MMA.

“I’ll let this thing play out and if that’s true and that’s what USADA and the Nevada State Athletic Commission say happened, it could look good for Jon Jones.”

“He didn’t get a bum wrap,” White explained. “He definitely didn’t get a bum wrap, but the substance that he was on, it was a pill that you take when you’re coming off of steroids. But this thing is apparently in other things. Jon took something else. Where he doesn’t come off clean is you have to tell USADA everything that you put in your body leading up to the fight and he did not.”

Jones was on top of the world and has fallen off but if it’s proven that Jones didn’t take hydroxy-clomiphene then it could be a lot sooner that we see Jones back inside the octagon.