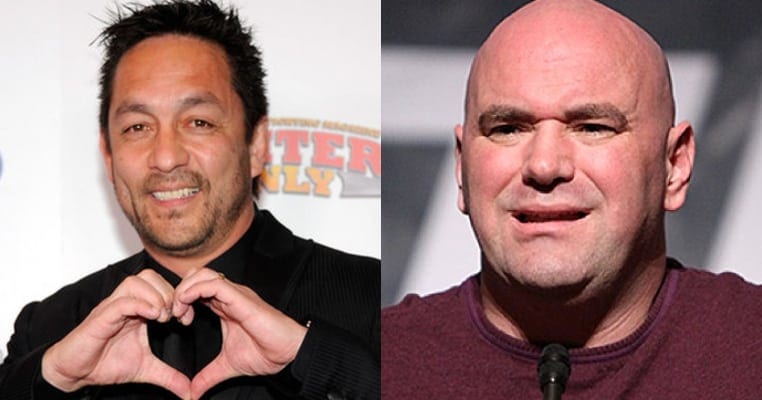 The mixed martial arts world is collectively in a minor upheaval today over Mario Yamasaki’s puzzling, controversial decision to call off the Kevin Lee vs. Michael Chiesa main event at last night’s (Sun., June 25, 2017) UFC Fight Night 112 from Oklahoma City, Oklahoma, and it’s hard to argue they don’t have a legitimate gripe in the very least.

The headlining fight was playing out at a furious pace in the one round it lasted, with No. 11-ranked Lee using seamless grappling transitions and positional advantages to dominate No. 6-ranked Chiesa in his perceived area of strength. The controversy came when Lee locked up a tight rear-naked choke that Chiesa got out of only to see Lee switch his grip and sink in another variant of the often-used maneuver.

It appeared Chiesa was in big trouble with around 30 seconds remaining this time, and may have been only seconds until he did indeed pass out from the hold. But Yamasaki stepped in to call off the bout despite Chiesa never tapping out. He also wasn’t passed out, as “Maverick” immediately got up to his feet coherently to argue the finish. He spoke forcefully out against Yamasaki’s decision in a post-fight interview, and was soon joined by a longtime Yamasaki detractor in UFC President White, who tore into the official on Instagram:

Mario Mazzagatti does it again!!! This guy is more concerned with doing this dumb ass heart bullshit then Ref’n the fight!!! Steals a great moment from Lee or let Mike fight it or tap. Nobody gives a shit that u can make a heart with ur hands like a 12 year old girl they want u to pay attention to what’s going on in the fight and do ur job.

White brutalized Yamasaki not only by calling him “Mario Mazzagatti” in reference to fellow blasted MMA ref Steve Mazzagatti, but also copying Chiesa by saying Yamasaki was more conerned with making his heart symbol for the cameras than actually refereeing the fight:

“Mario Mazzagatti does it again!!! This guy is more concerned with doing this dumb ass heart bullshit then Ref’n the fight!!! Steals a great moment from Lee or let Mike fight it or tap. Nobody gives a shit that u can make a heart with ur hands like a 12 year old girl they want u to pay attention to what’s going on in the fight and do ur job.”

White has come under vast criticism for his perceived bullying of UFC flyweight champion Demetrious Johnson and his overall tendency to say one thing before the opposite proves true, but in this instance, he may actually have a point from a source of truth despite the brutal and perhaps even somewhat childish fashion in which he criticized Yamasaki.

The longtime referee has been nothing less than extremely all over the place in his decisions when to stop a fight, as he allows contests like Derrick Lewis vs. Travis Browne to continue when one fighter is clearly knocked out and unable to defend, but then calls off a main event bout when a fighter is in trouble but not out.

And a certain lost aspect of this unfortunate result is that the surging Lee’s best performance will be sullied by controversy. Chiesa could have got out, yes, but it looked like it was more likely that Lee was about to secure his biggest-ever victory over a top 10-ranked lightweight in dominant fashion. Yamasaki should have let it play out how it was going to, regardless of result. Caring about one fighter’s health too much, if that is what happened, makes little sense when you allow another to east an insane amount of unnecessary punishment.

Lee’s win is now clouded, and Chiesa is justifiably calling out for a rematch. Based on White’s hardline stance on well, almost everything, however, Chiesa may just have to aceept White agreeing with him and get back to training camp for his next match.