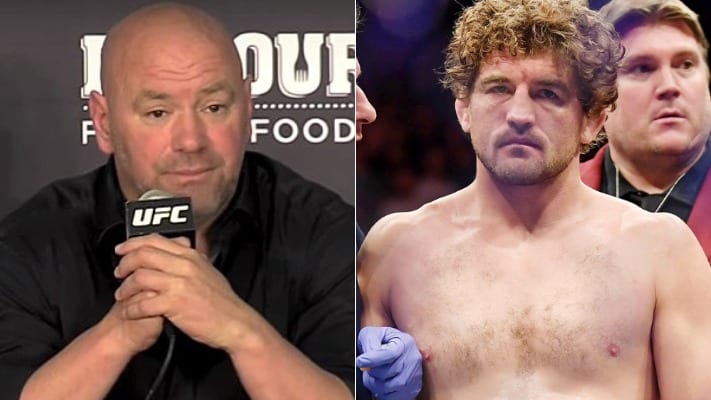 UFC president Dana White believes his trade for Ben Askren was still worth it, despite the latter suffering his second defeat in a row.

Askren took on Demian Maia in the UFC Singapore headliner on Saturday and would lose via submission in the third round. It followed his five-second knockout defeat to Jorge Masvidal earlier in the year at UFC 239.

Some even put Askren at 0-3 in the UFC given the controversial nature of his submission win over Robbie Lawler back in March. And after the Maia defeat, many questioned why the UFC would trade a pound-for-pound great in Demetrious Johnson for the former ONE champion.

Comments flooded on White’s Instagram page with one user saying it was the “first and worst trade” in mixed martial arts history. Another fan, however, replied to that statement:

“They got the fastest KO in UFC history and a super fight between Masvidal and Diaz out of it. UFC 244 will make more money than 3 Mighty Mouse PPV cards put together. Seems like the trade worked out spectacularly.”

White would then respond to that fan: “You sir are the only guy on this thread with a brain. Ben was an amazing trade!”

You can see the exchange below:

It’s certainly hard to argue with that logic, especially given how highly-anticipated UFC 244 is.

Do you agree that Askren was a good trade?