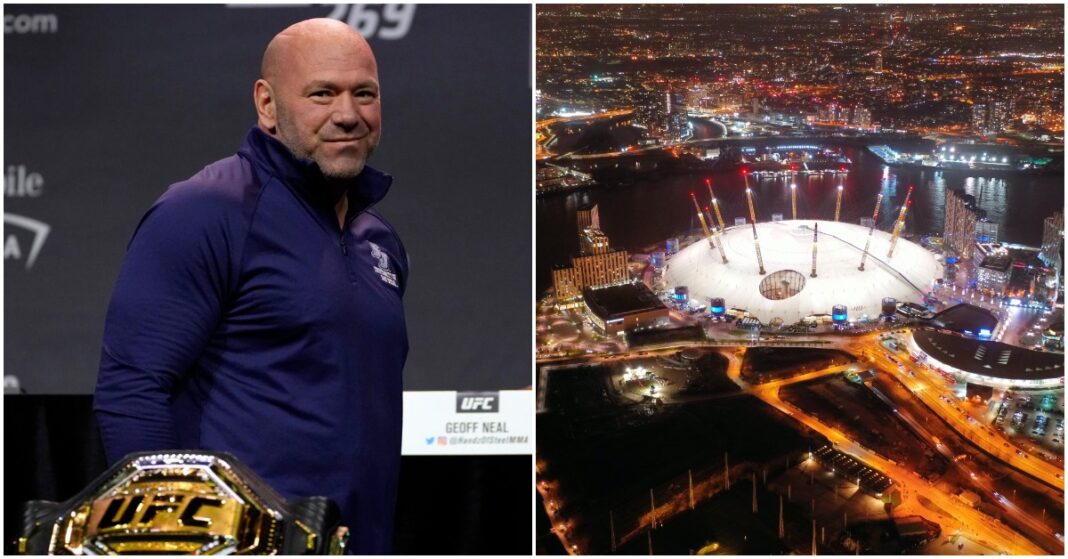 Dana White has announced the UFC will be returning to London in 2022.

While the UFC President did not confirm that the event was official, he said that a return to the UK was in the plans for this year, reassuring a hungry British fanbase chomping at the bit for some live action.

“I’d like to announce in the next couple weeks that we’re coming back to the UK,” White said in a sitdown with Adam Catterall of BT Sport. “We’re gonna go to the O2 (London) and put on a great show for you guys,” he added before expressing his excitement for even more plans the promotion had in store for the UK in 2022.

The date that has been floated around and seems to be gaining traction is March 19 as that Saturday’s Fight Night card already boasts a bevy of British talent including Tom Aspinall and Molly McCann.

The last time the UFC headlined a show in London was all the way back since March of 2019 when Jorge Masvidal finished Darren Till in violent fashion on home soil. Leon Edwards also defeated Gunnar Nelson that evening but ultimately, the event is remembered mostly for the now infamous backstage dust up between Edwards and Masvidal. This the start of one of the sport’s most heated rivalries, which still remains unsettled.

Three Years Since Dana White Has Brought UFC To London

White also said that the “UK is one of the territories I’m really excited about and haven’t been this excited about since like 2003 or 2004.” An event was scheduled to take place at the O2 in March of 2020 headlined by Till and Tyron Woodley but was cancelled due to COVID-19.

Till’s status for this potential card remains uncertain as he still recovers from his most recent loss to Derek Brunson and the knee injury he suffered in camp. However, rising star Paddy Pimblett has said he will be fighting in front of the home crowd alongside a supporting cast of UK stars on this card.