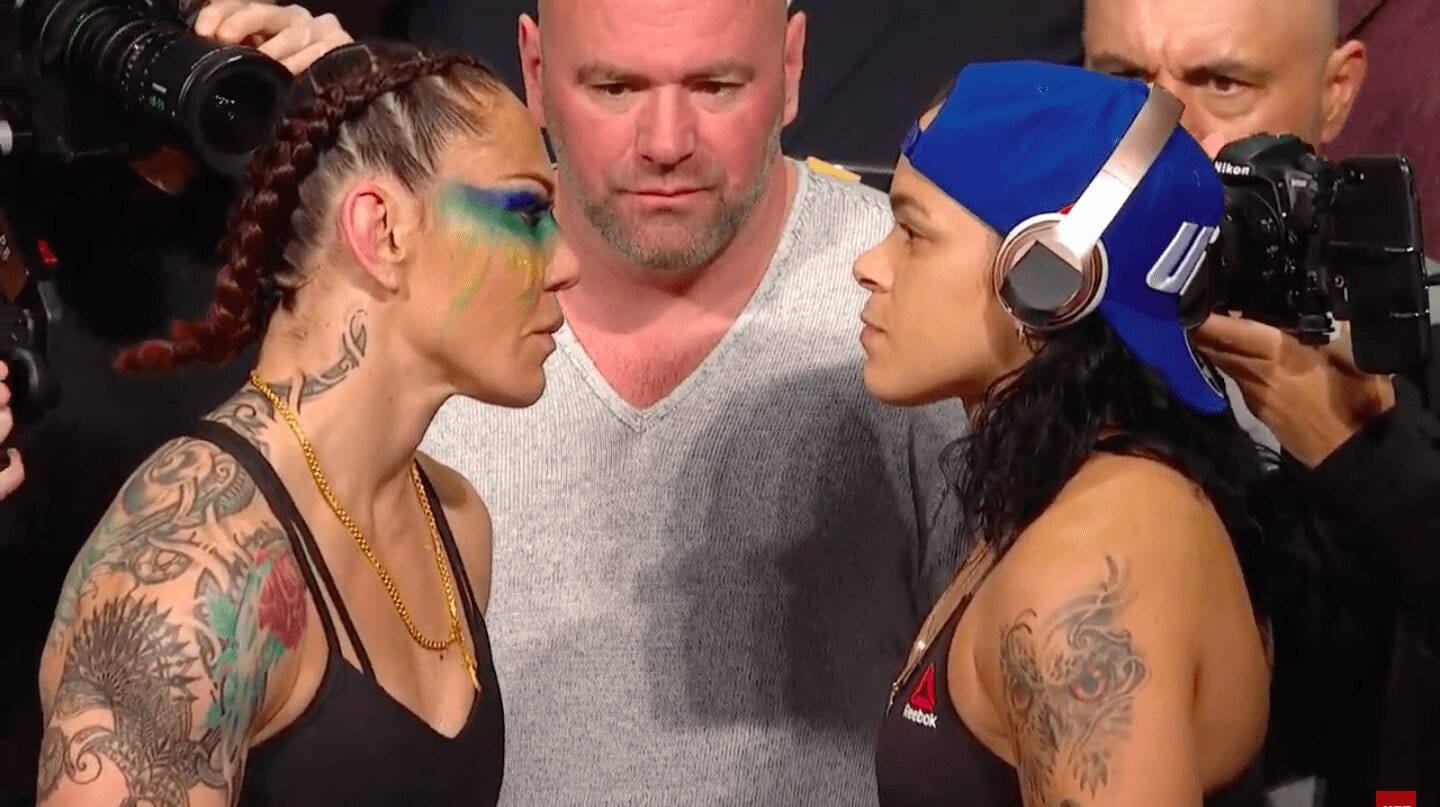 Amanda Nunes is undoubtably the greatest female mixed martial artist of all time.

“””The Lioness” has picked up huge wins over MMA pioneers such as Cris Cyborg, Miesha Tate, and Ronda Rousey. Her latest victory over Cyborg, in which she knocked out her fellow countrywoman in the first round, resulted in her becoming the first-ever women’s double champion in UFC history.

Now reigning as UFC bantamweight and featherweight champion, Nunes prepares to drop back down to 135 pounds and defend her title. She’ll take on Holly Holm at UFC 239 next month (Sat. July 6, 2019).

“She wants to fight Cyborg again,” White said. “I don’t think Cyborg wants to fight her again, but she wants Cyborg. So if that fight does or doesn’t happen – hopefully it happens because Amanda wants it, but if it doesn’t, no big deal, she already beat Cyborg.”

Shortly after these comments, Cyborg took to Twitter to issue a response. Here’s what she had to say:

A reporter actually read the response to White at the press conference. White responded by saying he wasn’t speaking negatively of Cyborg. He simply said if she wants the fight, they can make it happen. But if Cyborg decides to go a different route, that’s not a problem:

“Hey, Cyborg,” White said at the camera with a smile. “Amanda wanted to fight at 135 again, defend her belt there – she’s fighting Holly, then go back there to 145 to face Cyborg. She wants to fight you now, so, she wants that Cyborg fight bad.

“So if Cyborg’s interested, we can do it. If Cyborg is not interested, like I said, it’s okay. Not saying anything bad about Cyborg. She is ready, willing and able, you know, if she beats Holly, she wants to fight Cyborg. So if Cyborg wants the fight, it’s there.”