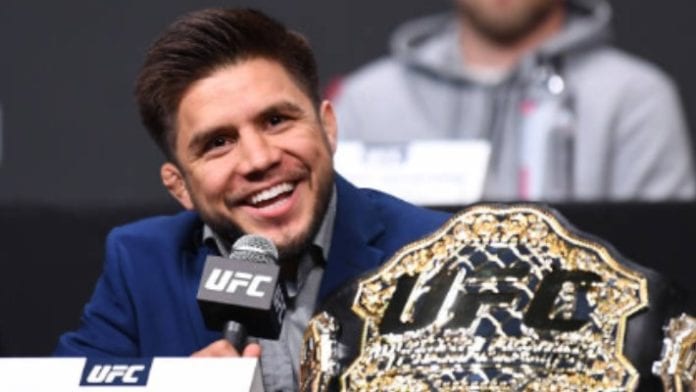 Tonight’s (Sat., June 8, 2019) UFC 238 is in the books from the United Center in Chicago, Illinois and now it’s time for the post-fight press conference.

In the main event of the night, UFC flyweight champion Henry Cejudo moved up to take on Marlon Moraes for the vacant UFC bantamweight title. The championship became vacant when TJ Dillashaw voluntarily relinquished the belt after a failed United States Anti-Doping Agency (USADA) drug test.

A number of impressive fights and performances highlighted the UFC’s trip to Chicago. Watch the fighters break down their bouts in the UFC post-fight press conference streaming live after the main event: