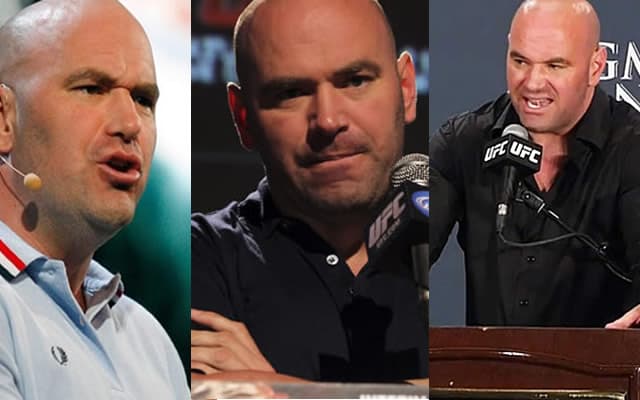 The UFC threw a pre-fight press conference today to get the hype building for Satruday night’s (August 20, 2016) awaited rematch between Nate Diaz and Conor McGregor in the main event of UFC 202, but the star attraction was noticeably absent from the media event when it began moments ago.

After McGregor infamously ‘retired’ from fighting in late April when he was unceremoniously pulled from the feature bout of UFC 200 after he missed a press conference for that once-ballyhooed card, it appears ‘The Notorious’ hasn’t learned his lesson (or just doesn’t care).

That became clear when UFC President Dana White came out looking a bit angered at today’s presser when McGregor was clearly not there, and a question about his whereabouts only made that worse when the UFC’s public face went off about McGregor respecting people’s time:

“He’s on his way. So we’re starting without him. He has to start respecting people’s time, man. Yours, theirs, mine, theirs, David Copperfield’s; everbody’s. We have only so much time in this room.”

White was having no more of it, either, quickly shuffling the discussion to the fighters who were actually there:

“Listen, we’re having a press conference here. If it’s over before he gets here, then it’s over. You have any questions other than Conor being late?”

The event then went into full swing without the Irish superstar, with White clearly remaining annoyed at McGregor’s refusal to attend his obligations. Another question appeared to anger him again when the topic of a fighter’s union was brought up, to which White replied he had no knowledge:

“Whatever. I don’t know anything about it.”

White then assured the crowd that McGregor would show up: