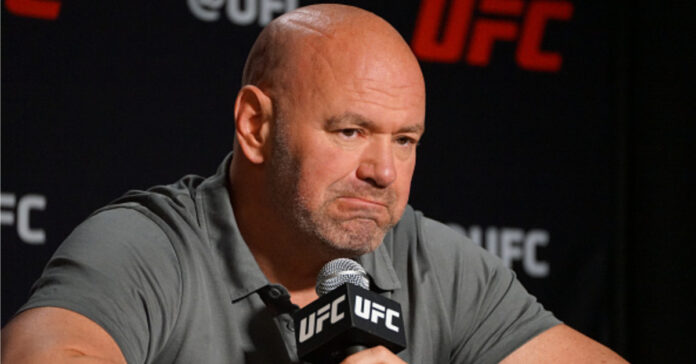 Following a DNA test, Dana White revealed that he has only 10 years left to live.

Dana White, President of the UFC, recently appeared on the Action Junkies podcast. On the show, White revealed he had undergone a DNA test to find out how long he had left to live. Dana White claims that there is a company that can tell you your life expectancy solely from your blood work and a DNA swab.

“You know Carrie Casem right? Remember Casey Casem, Top 40? She’s been a good friend of mine for like 25 years. She hit me up before the summer and was like, ‘You know, you’re one of my best friends, you’ve been such a good friend to me, blah, blah. There’s nothing I could ever do for you so I’m going to do this. I’m gonna introduce you to this guy named Gary Brecka.’ 10x Health Systems is the name of his company and he’s a human biologist and a mortality expert. So this guy can take your blood and your DNA and tell you when you’re gonna die and he’s right within a month.”

While most people would likely not want to know when their time is up, Dana White said that he became obsessed with finding out his estimated expiration date.

READ MORE:  Darren Till says 'big c**t' Marvin Vettori is 'one of the nicest guys' he's ever met

“I become obsessed with finding out the month I’m gonna die. So we’re down there for my son’s 21st birthday party in Miami and I connect with this guy. They come in, do my blood work and they scrape the insides of your cheeks to do your DNA. And I’m gonna find out… So it’s like a Thursday, Friday, Saturday, Sunday we’re down there. The following Wednesday is when my results are supposed to be back. So he calls me and all I’m talking about is finding out this date. He says, ‘I’m gonna come out personally and walk you through your blood work.

“I wanted to know today when this is gonna happen. So he ends up coming out. Sits down for three and a half hours and goes through my blood work.”

Dana White revealed that the tests showed he has just over 10 years left to live.

It should be noted that tests to determine one’s life expectancy are under much scrutiny with many experts suggesting that the tests will not yield any useful results. In an article published by the New York Times back in 2011, it was said that “the tests cannot specify how many months or years someone can expect to live.”

“The tests measure telomeres, which are structures on the tips of chromosomes that shorten as people age. Various studies have shown that people with shorter telomeres in their white blood cells are more likely to develop illnesses like cancer, heart disease, and Alzheimer’s disease, or even to die earlier. Studies in mice have suggested that extending telomeres lengthens lives.

“Seizing on that, laboratories are beginning to offer tests of telomere length, setting off a new debate over what genetic tests should be offered to the public and what would be the ethical implications if the results were used by employers or others.”