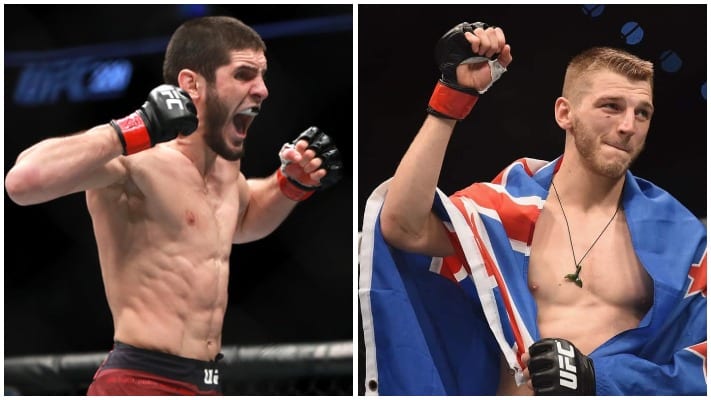 Dan Hooker wants a big name opposite him if he is to headline a New Zealand show next year.

Following his win over Al Iaquinta at UFC 243, “The Hangman” called out Dustin Poirier. He is also open to a fight with Justin Gaethje. Islam Makhachev, meanwhile, has put his name in the hat to be Hooker’s next fight.

However, the New Zealander shut that down by stating he wants his first hometown main event to be a sellout and that Makhachev was not a big enough name:

“In all serious, I want my first hometown main event to be a sellout,” Hooker tweeted in a now-deleted tweet. “Makachev doesn’t put bums on seats. We can run it in your hometown after no problem. #nobullshitjustfacts“

“So you wanna sell out your hometown arena with someone’s else name???? LOL Find some better excuse kid,” he replied.

Hooker moved to No. 7 in the rankings following his win over Iaquinta. Makhachev, on the other hand, is currently ranked No. 15.

Ideally, Hooker doesn’t have to fight Makhachev, but considering Iaquinta chose to fight him when he was ranked low, it would be fitting for him to accept a bout with the Dagestan native.

Who do you think Hooker should face next?