LowKickMMA.com
Home Boxing News Dan Hardy Calls For Nate Diaz’s Release So He Could Box Him 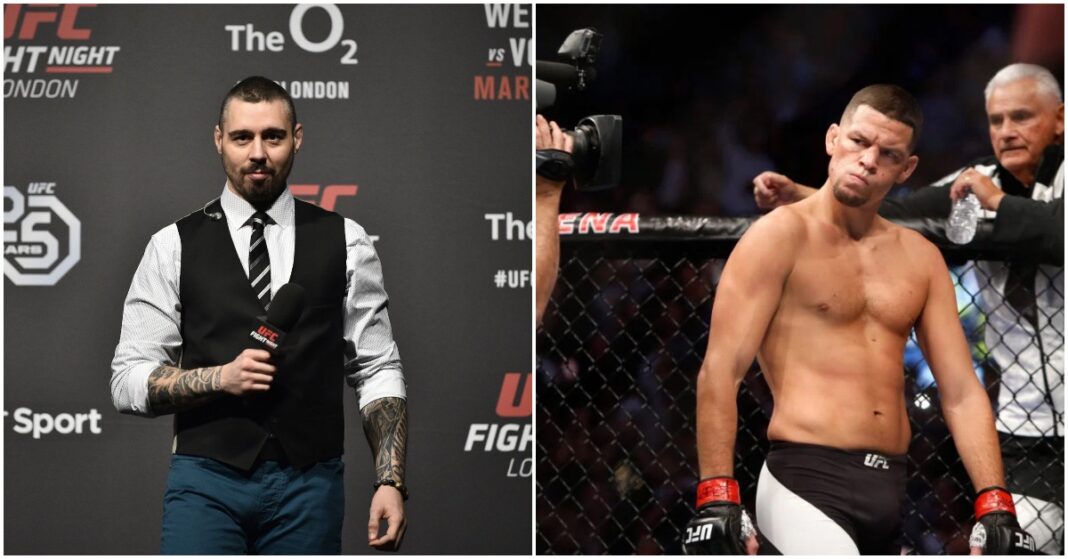 Former UFC fighter and announcer Dan Hardy would love for the UFC to cut ties with Nate Diaz, in hopes that he would be able to box Diaz outside the promotion.

On the other hand, Diaz has been looking for a fight for a while now. In his most recent Twitter post, Diaz claimed that he was tired of waiting for a fight and just wanted the promotion to give him anyone.

“I been trying to fight everybody and no go what’s the hold up? I’m not fighting Conor he sucks. I’ll fight some one quit slow rolling me please. Thanks.” Diaz tweeted out.

It looks as if the UFC is hoping to hold onto Diaz’s last fight on his contract, for the trilogy between him and Conor McGregor. It would be an obvious misfire for the UFC to not have these two meet up for their rubber match, so them holding out Diaz is what makes sense from a business standpoint. However, they are just wasting Diaz’s time that he has left in his career.

Dan Hardy posted on Twitter that he would love to meet in the boxing ring with Diaz, once the UFC cuts ties with him

“I hope @NateDiaz209 gets released soon. There are loads of good options for him on the outside. Who would you like to see him fight in his last @UFC bout?” Hardy tweeted out about the possibility of a match.

Would you be interested in watching a boxing match between Hardy and Diaz?