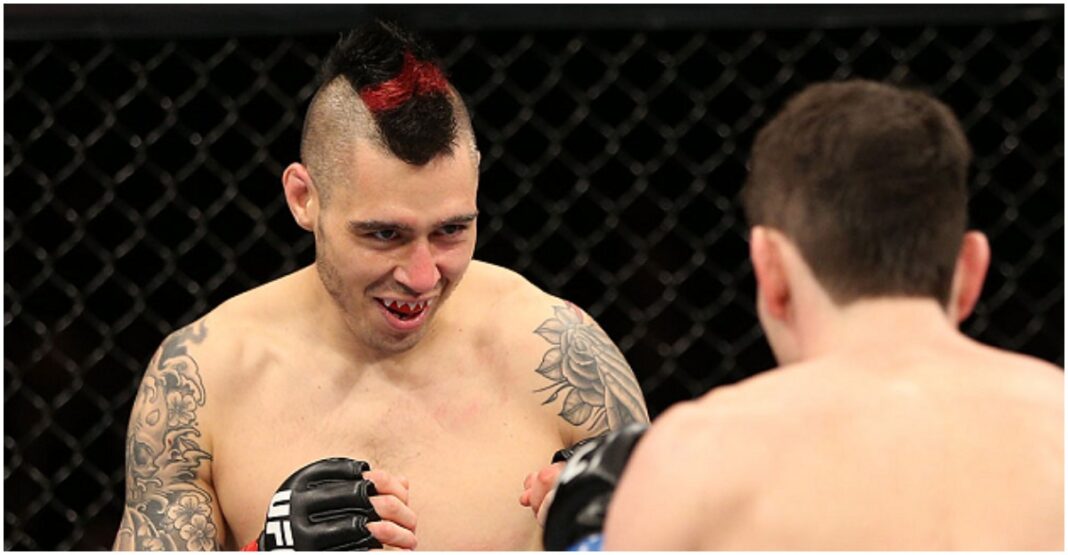 Former UFC veterans Dan Hardy and Diego Sanchez are set to collide in a boxing bout on July 2.

Dan Hardy has well documented that he is eager to return to combat sports competition in some way, with his last mixed martial arts bout coming in 2012.

After being released from the UFC, Hardy was in deep negotiations with ONE Championship and toyed with the idea of having a caged Muay Thai contest with John Wayne Parr. Dan Hardy also expressed interest in boxing Tyron Woodley. Still, this week it was announced the 39-year-old would be settling for Diego Sanchez on Ricky Hatton’s undercard.

Many anticipated a return from Hardy after the Englishman continued to tease fans. However, it came as a surprise to many that Sanchez would be his opponent. There were no surprises from Hardy, as he always knew he’d meet Sanchez, with the two men having been linked with one another for several years.

As tough and as durable as Sanchez is, the Nottingham born is extremely confident that he will dismantle him within the distance:

Dan Hardy on Why the Diego Sanchez Fight Materialized

“Diego and I have been on a bit of a collision course for a long while. I think it was back in like 2006 when we got a faceoff when we were fighting in Holland,” Hardy said on his YouTube channel. “It’s always been on the cards. I mean, we’ve always been in the same weight class. He was slightly ahead of me in his UFC career. So, like, as I signed with the UFC, I was watching him fight the likes of Clay Guida at the Pearl at the Palms. I’ve got some good memories of Diego’s fights. You know what you’re going to get with him. He’s an animal. He comes to scrap every time.

“This is big gloves boxing, this is 16-ounce gloves over eight rounds so we can beat the hell out of each other and have a lot of fun with it,” Hardy continued. “I’m still confident I’m gonna be able to stop him inside the distance, but it’s gonna be a bit more difficult with the 16-ounce gloves and with just one skillset, but this is a good place for me to start, get myself back in proper condition, proper fight shape and then we’ll see where we’ll go from there.

“I think there are other options with Diego, assuming I don’t beat him up too badly in this boxing match. We might be able to do MMA, or bare-knuckle, or something afterward. This is the first step in the rung of the ladder if that makes sense.”

July 2 will mark Hardy’s debut between the ropes. Fans continue to question why he is returning to compete at this stage of his career after being forced to retire all those years ago due to health issues.

Hardy ended his MMA career with an imposing (25-10) record, accumulating 12 knockouts in the process. Over the years, Sanchez had proven to be one of the wildest and grittiest fighters on the UFC roster. So, finishing the American will be no easy task, but one Hardy believes he will accomplish.

What do you make of Dan Hardy returning to action and squaring off with Diego Sanchez?