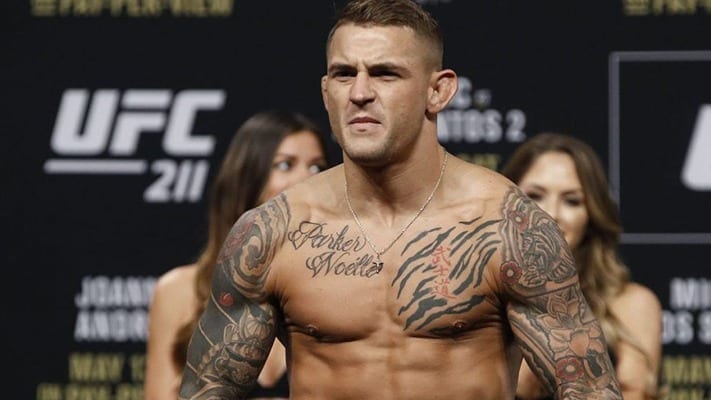 Ferguson vs. Poirier Next?

It would appear Dustin Poirier (deservedly) wants a lot of time to recover before returning to the Octagon again.

Poirier took part in a 25-minute war opposite Dan Hooker in the UFC Vegas 4 headliner last night. In a contest that was surely a Fight of the Year candidate, it was “The Diamond” who came out on top as he won a unanimous decision victory to return to the win column.

Having previously come off a loss to Khabib Nurmagomedov in their title fight last September, the question quickly turned to who Poirier should face next.

There are two main options — Conor McGregor and Tony Ferguson. And when ESPN’s Ariel Helwani proposed the latter as a next potential fight, Poirier responded.

Poirier certainly deserves some rest and likely won’t be competing until the end of the year anyway. The same can be said for Ferguson who is coming off his own war with Justin Gaethje at UFC 249 last month.

A fight between the pair has been talked of in the past, especially by Poirier. And now more than ever, it makes perfect sense.

Would you like to see Poirier face Ferguson next?