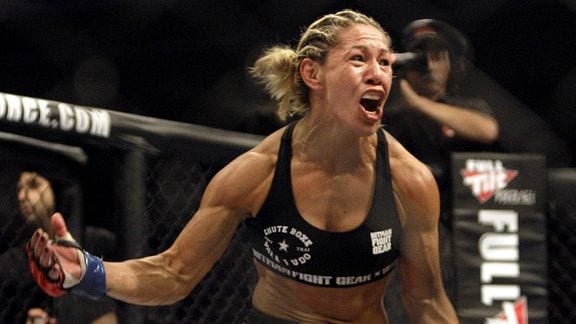 This is a huge weekend for women’s MMA with the two biggest names in the sport in action; however, they will be competing on different nights and for different promotions.

There has been long talk of a potential super fight between Rousey and Justino, but there has always been a few problems. Despite competing in different promotions, the two also compete at different weights. “Cyborg” was in the process of cutting down to 135-pounds when she got injured, and Rousey refuses to move up to face the Invicta champ due to “Cyborgs” previous issues with performance enhancing drugs (PEDs).

However, if both women win this weekend, the talks will of course surface again. UFC CEO Lorenzo Fertita also recently mentioned that he was resuming contract talks with Justino. Despite the talent that both women possess, they haven’t been quiet about each other either which makes the fight so intriguing as well.

So will we finally see this super fight before the year’s end? It’s hard to say, but “Cyborg” recently took a shot at Rousey, when talking about why the fight hasn’t happened. Speaking with ESPN W, the Brazilian went as far to say that the bantamweight queen is scared to fight her:

“I think it looks like [Ronda’s] scared of me. I don’t know. Why? I don’t like to think too much about it, I try to fight inside the cage. If she doesn’t come for me, maybe I’ll come for her, follow her and make this fight happen.

Everyone wants to watch this fight. I hope she accepts this fight so we can put on a big show for all fans. I think for women’s MMA, it would be perfect. I wish I could make 135 so we can make this happen.”

These are some bold words from the Invicta champion. If both ladies win this weekend, would you like to see this blockbuster showdown come to fruition?