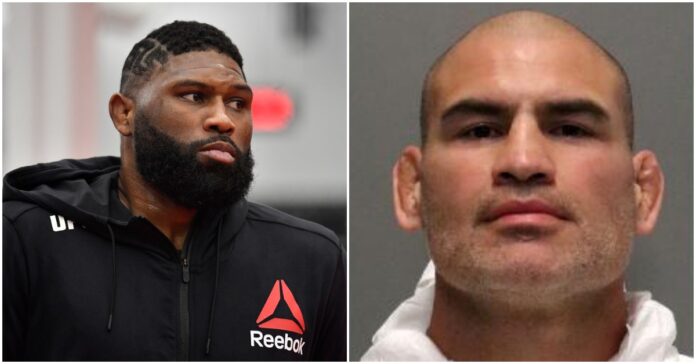 The former UFC heavyweight champion is currently facing more than 20 years in prison after being charged with attempted murder and nine other offences following an incident in San Jose.

Velasquez was hit with those charges after allegedly firing a handgun into a truck occupied by Harry Goularte Jr along with two other people one of those being Goularte’s stepfather.

The 39-year-old former fighter was denied bail on Monday and he will remain in custody ahead of his next hearing on April 12. Judge, Shelyna Brown said the risk is “too great” after reviewing Velasquez’s “reckless” alleged actions.

In a recent interview with James Lynch of LowKickMMA, Blaydes reacted to everything that has been going on with Velasquez, he said.

“I get it. I have a daughter, I get it,” Blaydes said. “I would spaz but I wish he hadn’t done it because I know everyone is like ‘Free Cain’, he shouldn’t go to jail and I believe that morally he was in the right but we have laws in America.

“He has to get some type of time. You can’t just be like, ‘OK, you’re free.’ I wouldn’t be angry if they did that I just don’t think that’s going to happen,” Blaydes added.

“I wish he had better people around him, who would be like, ‘Yo, I get it but you can’t’. He needs someone to hold him down. I know he’s a big guy. I know he’s an ex-UFC heavyweight champion, but someone has to get into a fist fight with him in order to stop him from doing this. If that’s your homie, you’ve got to do it,” Blaydes concluded.

Do you agree with Curtis Blaydes? Must Cain Velasquez serve some time in jail despite the circumstances surrounding his recent legal issues?