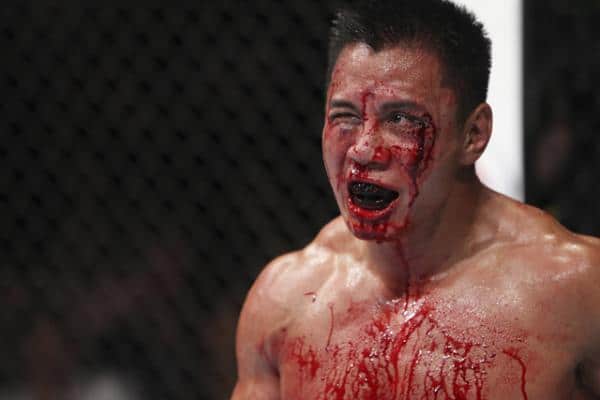 It really hasn’t been a great year for UFC and Strikeforce veteran Cung Le, at least not in the world of combat sports. He returned to action in Macau, China to face perennial contender Michael Bisping at UFC Fight Night 48, and it was an ugly TKO loss for Le. This was just the start of a run of bad luck for the Sanshou master though.

Soon after facing “The Count”, it was reported that Le had failed a drug test in China for HGH (Human growth hormone). Pictures of a jacked Le at aged 42 started to make their way around the web, but something just wasn’t right. Le fought the case, declaring his innocence from the start, and things continued to play out even more.

It turned out that there wasn’t even an athletic commission in Macau, and Le’s drug test was in fact a bungled sequence events. By this time, Le had already been served a nine-month suspension by the UFC. With the results being nulled by the new found information, the UFC lifted the ban on Le, but his name had been dragged through the mud by that time. Although he had requested one, an apology was not going to be made by the organization for which he had bled.

According to a recent interview with Grosspointblank.com, as transcribed by MMAMania, Le wants out of the UFC, and in at Bellator MMA:

“I’d just prefer not to be part of the UFC anymore. I’d prefer not to put the effort into something I don’t believe in anymore. If I would fight for anyone, it would be Scott Coker. I would not fight for the UFC after what happened.”

“His career will forever have something of an asterisk next to it, due to something that is no fault of his own. Does anybody deserve that? No, absolutely not. I would hope the UFC would understand that and recuse themselves from further drug testing when there are no athletic commissions.”

It’s now common knowledge that the UFC can make life very hard for contracted fighters if they want to. Le would likely never even be associated with MMA again if the UFC refuses to release him from contract, much like Wanderlei Silva at present. Is this fair considering the shady nature of drug testing the promotion used at Fight Night 48?

Furthermore, would it be the respectful thing to do considering the UFC won’t issue an apology, or does the machine care not whom it chews up and spits out? Watch this space, as Cung Le might well be reuniting with Scott Coker soon, only this time at Bellator…