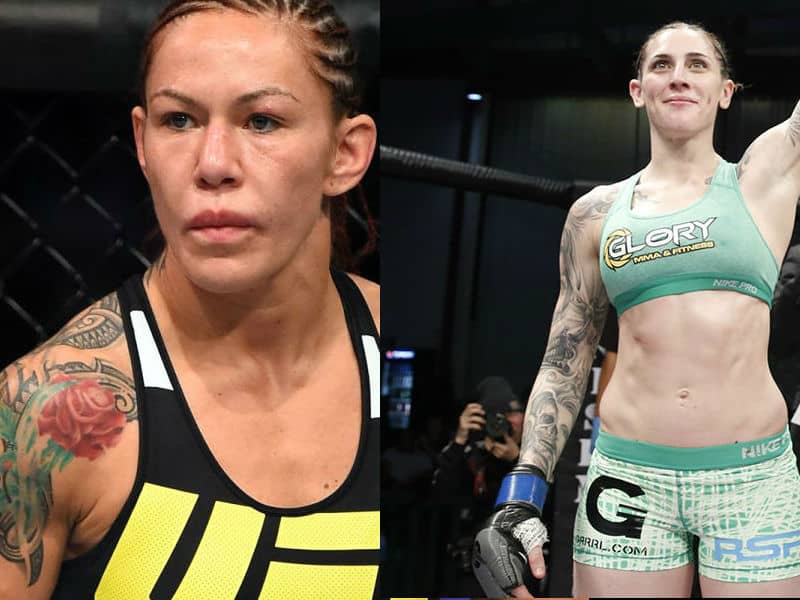 Cristiane Justino finally has her next bout lined up, and it’s going to be a big one. The UFC recently announced that “Cyborg” would fight Invicta FC featherweight champion, Megan Anderson. The biggest news to come out of this announcement was that Germaine de Randamie had been stripped of the UFC women’s featherweight belt.

Now, Justino and Anderson will fight each other for the vacant title at UFC 214. This will serve as the co-main event of the event.

It took many years for Justino to compete in a UFC title fight. Justino, who has competed under the Invicta FC and Strikeforce banners, was forced to fight at 140 pounds once she made the jump to the UFC. She has since earned dominant TKO wins over Leslie Smith and Lina Lansberg. Then the UFC decided to finally open a women’s 145-pound weight class earlier this year. However, after she turned down some offers, the UFC decided to book de Randamie vs. Holly Holm at UFC 208 in February.

After the bout was announced, Justino had been issued a potential U.S. Anti-Doping Agency (USADA) violation. But she was granted a retroactive therapeutic use exemption and ultimately cleared of any wrongdoing and reinstated for competition. It’s been widely discussed that should have created the division years ago for Justino. Either way, the time is now and it’s up to Justino to fulfill her goal of being a champion in the largest MMA (Mixed Martial Arts) promotion in the world.

The UFC sent out the following statement:

UFC maintains that any champion is expected to accept fights against the top contenders in their respective weight classes in order to maintain the integrity of the sport.”

UFC 214 is set to take place on Saturday, July 29th at Honda Center in Anaheim, California. A portion of the preliminary card will air on the promotion’s streaming service, UFC Fight Pass, while the rest of the prelims will air on FOX Sports 1. The main card will air on PPV (pay-per-view). Cormier is set to defend the light heavyweight title against Jones in the main event. The bout order for the event has yet to be finalized, but you can see the updated card here: