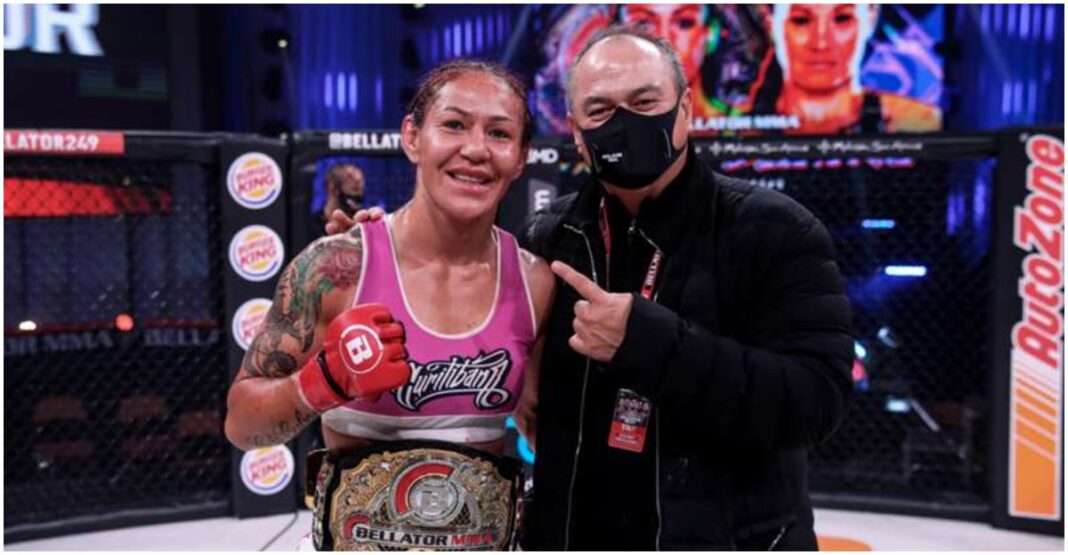 It’s been no secret that the women’s Grand Slam champion wanted to test her credentials between the ropes, but following her victory at Bellator 279, Cyborg doubled down on her interest in making her professional boxing debut in her next outing.

“For me, my next fight I’d like to do a boxing fight,” Cris Cyborg told MMA Junkie at a post-fight news conference. “It’s been one of my dreams. Maybe it’s going to be the next one I’m working on. I don’t know. I don’t know who is going to be next or who Bellator will put in front of me – Cat Zingano, Amanda Nunes, Kayla Harrison. I like to be (on) the big shows for my fans and enjoy every time I step in there for the title.

Cyborg told the media that talks have begun, and for now, it’s just a case of ironing out those details before making a move. The 36-year-old intends to compete at 147lbs or 155lbs.

Bellator president Scott Coker stated he would allow his featherweight champion to compete in boxing and confirmed that her contract indicates she can do so:

“I think that’s really going to be up to her,” Coker told MMA Junkie. “I’ll be honest with you and I don’t want to get into too much detail, but it’s always been an agreement that we’ve had with her that she can box at any time in our contract with her. She (could) box whether it was a year ago or eight months ago. She’s always had the ability to box in her agreement.”

Do you think the next time we see Cris Cyborg is in a boxing ring?