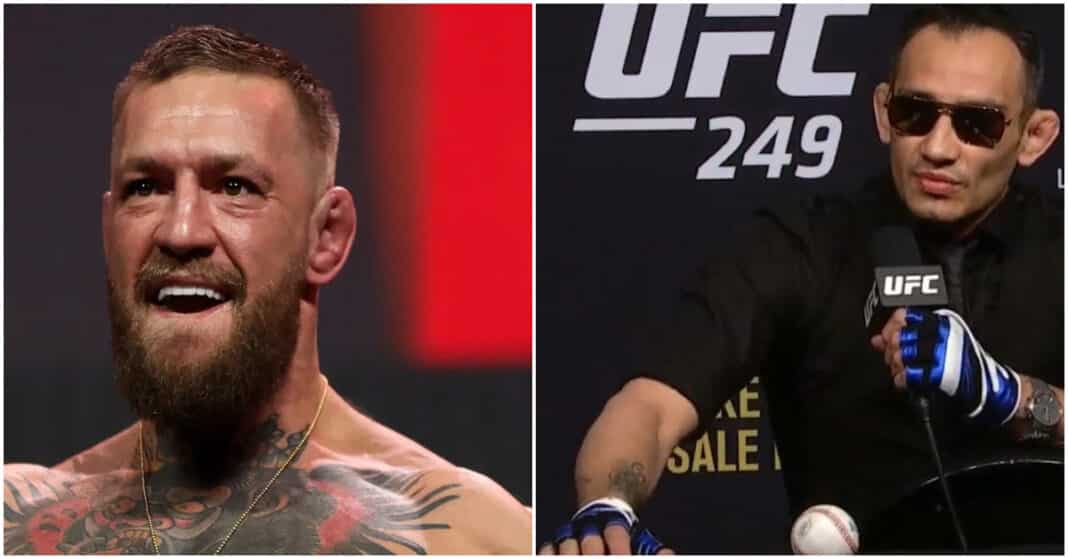 On Thursday, Tony Ferguson called out McGregor on Twitter, something he usually does every month or so. (Read)

Later on Thursday, McGregor responded to Ferguson bringing up the former interim lightweight title holder’s management change and saying he wants to kill someone in the cage. Dark stuff, as usual.

“Tony was douped into signing with another agency on the premise he would receive a pro Baseball contract hahahaha a pro fu*king baseball contract,” McGregor wrote on Twitter. “Now he’s in legal turmoil with this crowd ahahahah no shit Jose canseco what did you fucking think would happen empty head.”

“Me and you are fighting one day mate and I gonna end your life in there full of it. Sauce. Money. Power,” McGregor wrote. “I already won all the belts and the money in this game I just wanna kill one of yous rats in there now it’s the only thing left for me to do. And Watch me do it. Only on PPV.”

As for Ferguson, he has been out of action since losing a dominant unanimous decision to Beneil Dariush at UFC 262. However, he has been teasing fight news.

What did you think of Conor’s response to Tony?