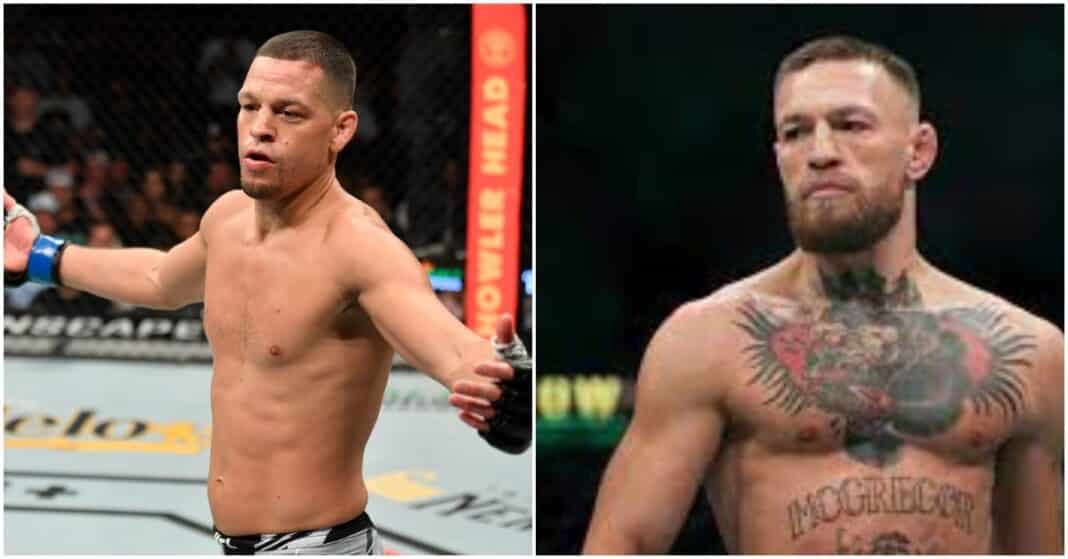 Conor McGregor takes another shot at Nate Diaz on Twitter telling him to “know who made you.”

McGregor and Diaz have been taking shots left and right at each other on social media, leaving the possibility of a third fight between the two fighters a possibility. ‘The Notorious’ replied to a ‘Mac Life’ tweet saying, “Advised by who? Does this lanky streak of piss think he business savvy or something? Hey bro. You’d 15 fights in the ufc and were on 20k to fight 20k to win hahahaha 15 fucking fights. In the ufc! Eyelid hanging off your head and handed a 20k check pre tax. Know who made you.”

The Diaz brothers were always a fan favorite and had a cult-like following, but McGregor took Diaz’s popularity to a whole different level. The first fight was one of the biggest upsets of all time when Diaz was able to absorb McGregor’s strikes and take advantage when his gas tank emptied. The rivalry is one of the best in UFC history and their second fight is one of the most bought UFC PPV’s of all time.

A third fight is absolutely needed to settle this rivalry. Diaz had called out Luque and said he had gotten in contact with the UFC to set up that fight. Luque also said on Twitter he was down for that fight, but reports came out that both sides didn’t want the fight.

It seems as if the UFC may be keeping Diaz on the shelf for when McGregor comes back from his leg injury. Diaz only has one more fight left on his contract with the UFC. If he weren’t to sign a new deal, he would become one of the most sought-after free agents in MMA. Diaz could possibly see his biggest payday of his life between the third fight with McGregor and wherever he signs after his contract is up.

Does Conor McGregor have a point? Did he help Nate Diaz earn more money from his MMA career?