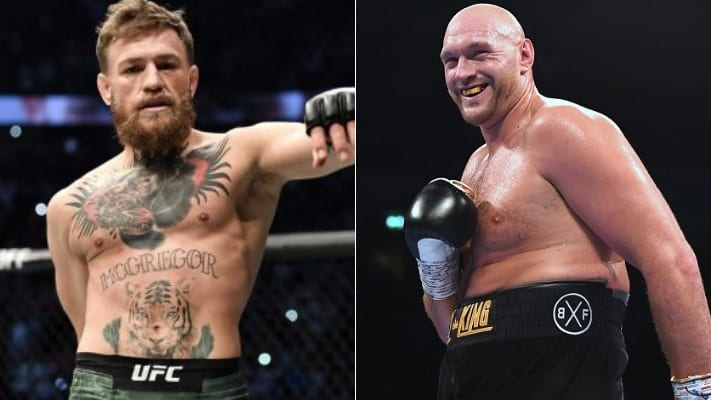 Conor McGregor was certainly impressed with what he saw.

However, it was Fury who came out on top as his third knockdown of the night downed Wilder for good in the 11th round.

Mainstream audiences, casuals and of course, the combat sports world were all watching and reacting. That included McGregor who gave his thoughts on Sunday.

“Great fight that. Both warriors, both winners. Hard to not be impressed with Deontay there. Against the much larger man and almost got it done. Great fight. 40lb’s in weight difference is A LOT. Fair play both men there, very enjoyable fights they have had together. Respect.”

McGregor also managed to take a shot at Dustin Poirier in the process as he referenced what happened in his own trilogy with “The Diamond” in July.

“Their skill levels are unique but very close. A great heavyweight trilogy that was. I love when it gets set for certain and both have an honorable showing. Not the fam in the ring fake celebrating after a freak injury etc etc you know the gig, God bless the real in this world.”

“Congrats Tyson and Paris. Me and Dee are so happy for you and the kids. Congrats Deontay and Telli also. Was great meeting you guys recently. A real proud showing that was, and could have went either way. Amazing! Happy Sunday now today with the cheddar and the memory’s God bless”