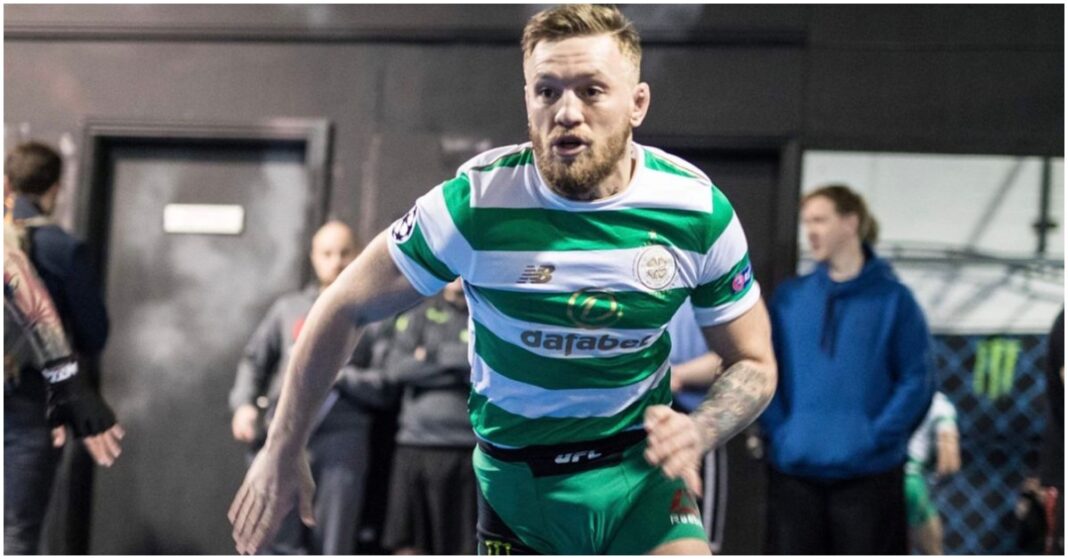 Financial expert Kerian Maguire says that UFC star Conor McGregor would need assistance in the form of financial backing in order to purchase a majority stake in Celtic Football Club.

The former two-division UFC champion has recently expressed his interest in purchasing a football club. McGregor would state: “A football franchise purchase is in my future make no mistake about it.”

McGregor has namely expressed interest in Manchester United, Celtic and the recently available Chelsea FC have all been discussed. The highest-paid fighter of 2021 ($180 million) has said that the options are ‘all being explored’ and ‘’I do not speak in jest. I am exploring this.’

Back in May of 2021, McGregor tweeted about a conversation he had regarding buying shares from Celtic majority stakeholder Dermont Desmond.

‘A conversation came up regarding Celtic first to be honest. To acquire shares from Dermot Desmond. I am certainly interested in acquiring a sports team at some stage! Both Celtic and Man United are teams I like for sure. But I am open. I feel I could do big things for a club.’

Although the idea of McGregor buying a football is one that may excite some fans, there hasn’t even been any real indication that Desmond would even be willing to sell his shares in the club.

MacGuire, who first spoke to Football Insider, says that McGregor also could not do this deal alone. “McGregor might be front of the house as far a consortium is concerned,” he said, “He doesn’t have the resources himself, but he does make a fortune out of his own brand.

“I don’t think he would be advised to buy Celtic or another football club alone, it would have to be as part of a group. However, he would be the public face and centre of attention if such a deal was to take place.”

Would you like to see Conor McGregor be the owner of Celtic?