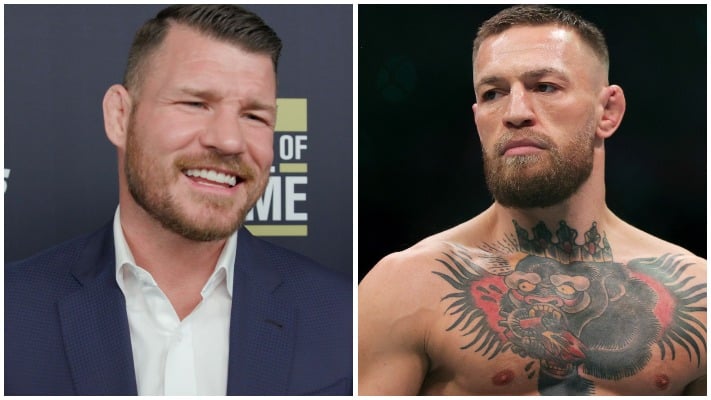 The Irishman has spent much of the last week bickering online with Daniel Cormier, who he accused of being drunk while on the job at UFC 264.

During a recent episode of the Believe You Me podcast, Bisping advised McGregor to be careful as if he ever comes to blows with Cormier in real life, it wouldn’t go well for him.

“I’m just going to say this — careful what you wish for,” Bisping said. (via Middle Easy). “Careful who you’re picking fights with — because I’m not disrespecting Conor McGregor — but I don’t care what Conor McGregor it is, whether it’s double-champ Conor McGregor. DC is gonna f*cking pull you limb from limb.

“He could do it one-handed, he could do it with one eye, two eyes, no eyes. He could do it after 25 Modelos. That ain’t a fight. That is murder, that is assault, somebody call the cops!”

On Sunday, McGregor invited his social media fans to ask him anything. One particular person asked for ‘Notorious’ to respond to Bisping saying Cormier would rip him limb from limb.

McGregor responded by calling Bisping a “nobody” before claiming every time the British legend fought, he made money.

“Bisping is a nobody on Sirius xm,” McGregor wrote on Twitter. “Rushed back to competition after being dropped/strangled and then gets shotgun slept by gastelums left hand. Devastating. Even though I collect commission on all his fights, I still said to the team to pull the gast fight. I knew it was coming. But hey, 100k! 50k off the top of each fight,” McGregor added. “I used to say “yoink” every time it hit the account.”

Do you think it’s time for Conor McGregor to stop engaging in social media disputes with fellow UFC legends?