LowKickMMA.com
Home UFC News “Who The F*ck Is This Jackass In The Pink Jimmy Saville Glasses?”... 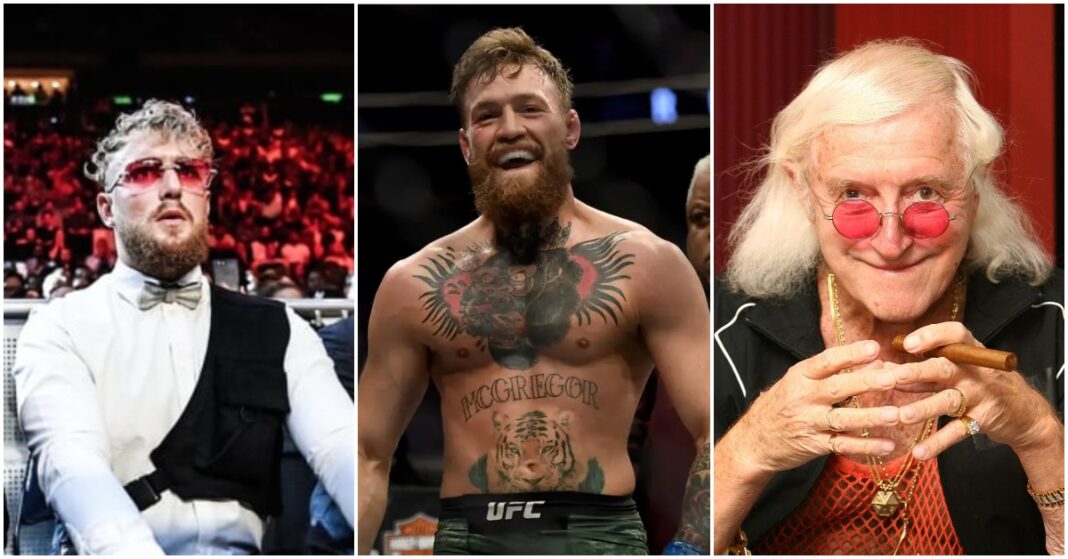 Conor McGregor called out Jake Paul for his outfit choice during the Amanda Serrano vs Katie Taylor fight.

Paul has been in the corner of Serrano while McGregor has been backing his fellow Irish fighter in Taylor. Taylor ultimately beat Serrano via split decision to retain the undisputed title. It was an absolute barnburner of a fight and one of the best fights in recent memory. Some would even argue that it was the best women’s fight in the history of the sport.

Serrano is currently signed to Paul’s promotion, MVP (Most Valuable Promotions), and is currently the only fighter signed to the promotion. Paul has been backing her in the entire lead and even had a bet with Eddie Hearn for $1 Million but wasn’t formally made due to a conflict of interest on Hearn’s side of things.

immediately after Taylor won by split decision, Paul took to Twitter to go to bat for his fighter. He simply tweeted out “Robbed”.

Conor McGregor took no time to call Paul out for what he was wearing as well, Which started a back and forth between the two

“Who the fuck is this jackass in the pink Jimmy Saville glasses?” McGregor tweeted out

Paul quickly fired a barrage of insults back at him in a lengthy tweet.

“Im the one who has done more for fighters than you ever have the one who has won 5 fights in the past 2 years while you have lost 5 the one who isn’t owned by Dana White the one who made the fight you just watched happen the 1 who got your hero Katie Taylor paid that’s who” Paul quote tweeted in a reply to McGregor.

Conor hilariously tweeted out a picture of Jimmy Savile in response to Paul.

What are your thoughts on Conor McGregor’s comments?