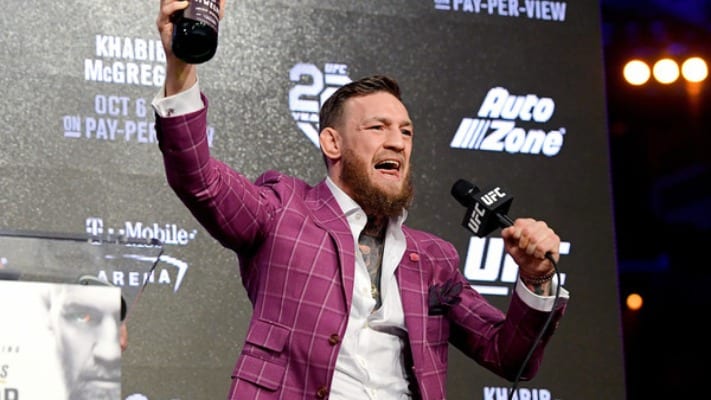 Once again, the UFC has booked Khabib Nurmagomedov to face off against Tony Ferguson. This time, however, “The Eagle” will be putting up his lightweight crown for grabs.

This is the fifth time the Las Vegas-based mixed martial arts (MMA) promotion has booked this contest, with each man pulling out due to injury twice before. Now, the MMA community is hoping the fifth time will be the charm. All except Conor McGregor that is, who says he’s ready to jump in and replace any potentially injured party in the UFC 249 main event from Brooklyn on April 18. (H/T BJPenn.com)

“Likely something will happen there, so I’ll be ready to slide in for that belt,” McGregor said in an interview with The MacLife. “So I’ll just have a good solid camp at 170 with no weight cut, a good fight. I know Donald’s a good fighter. [He has] great records. Most knockdowns, most head kicks, most fights, most rounds.

“He’s got a lot of UFC records under his belt. So I’ll get a great camp, a great fight, and then it’ll take me into the year. I’m looking at this as a season. This was the beginning of the season. Donald was the first one that I agreed to have a bout with, and here we are.”

First, McGregor will have to get through his own foe, Donald “Cowboy” Cerrone, who he faces in the main event of UFC 246 on January 18. The pay-per-view (PPV) takes place from the T-Mobile Arena in Las Vegas, Nevada. Although the contest is taking place at welterweight, UFC president Dana White has suggested McGregor is next in line for the lightweight title with a win over Cerrone.

What do you think about McGregor’s willingness to step in and replace Nurmagomedov or Ferguson at UFC 249?