LowKickMMA.com
Home MMA News Conor McGregor Declares Himself The Best Boxer In The UFC, Agrees To... 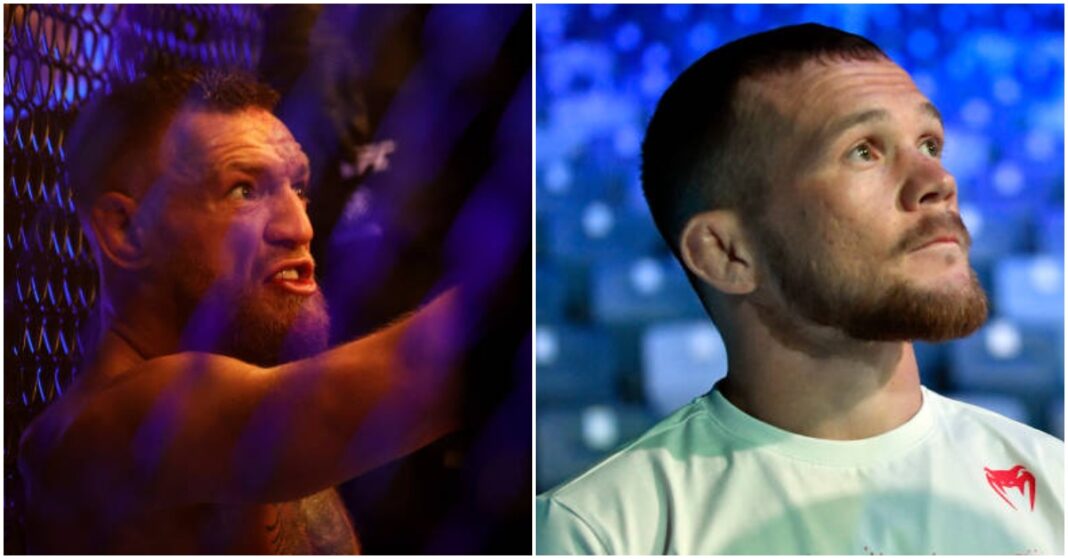 Some things are certain in life: death, tax, and Conor McGregor being lured into a Twitter war with a fellow fighter on the UFC roster.

Earlier today, the Irish superstar caught himself in a back and forth with Jorge Masvidal and interim bantamweight champion Petr Yan.

The verbal exchange with Petr Yan occurred after a fan posted an image of the top five best boxers in the UFC, which consisted of “The Notorious” being left unsatisfied with his positioning on the list at number three. Conor McGregor took offence to the list while his former foe in Max Holloway took the number two slot, followed by Petr Yan taking pole position. The list also included McGregor’s previous rivals, with Jose Aldo at number four and Nate Diaz in fifth.

Conor McGregor continued to brag that his boxing skills were far superior to anybody’s in the UFC, including the three men he holds victories over on the list. However, the former two-division champion did give his credit to interim champion Petr Yan but believes he’s still nowhere near his level.

“I outboxed 3 guys on this list! There’s no one even remotely close to my boxing in the ufc. Even Dustin only got shots off post the leg damage. Everyone has been pucked around by me if we are going off boxing. Yan is good tho, i like his style. I’d rip him up in that shell tho.” McGregor quoted.

It didn’t take long for Petr Yan to bite back and challenge the Irishman, who has been side lined from competition after suffering a freak injury at UFC 264 with his trilogy with Dustin Poirier. Yan confronted the notorious one for being all talk, and threw his name in the mix for a “box or fight”, which Conor McGregor obliged and expressed his interest in hosting the Russian and his team in Ireland for a spar.

“Conor, we all know that you like to talk, but let’s get straight to the point if you really want to box or to fight, I don’t care about the weight or the ruleset. I bet you won’t show up @TheNotoriousMMA” Petr Yan responded.

The probability of fans seeing the undisputed former champions clash is very slim. McGregor looks to climb his way back up the ladder in the lightweight division, and Petr Yan is on the hunt to avenge his loss to Aljamain Sterling to solidify himself as the undisputed UFC bantamweight champion of the world. McGregor, on the other hand, may have different ideas.

“Lol, no prob littler. We will set up a spar or something similar in the near future. Will host you and your team in Ireland for one of our shows at Crumlin boxing club. We will figure it out then, kid. God bless ya. @ParimatchGlobal, get this set. McGregor said.

Petr Yan left the verbal Twitter battle with the last word as he questioned McGregor’s gas tank and humorously challenged his inner Irish.

With that being said, who is the more technically gifted boxers between the two UFC superstars?