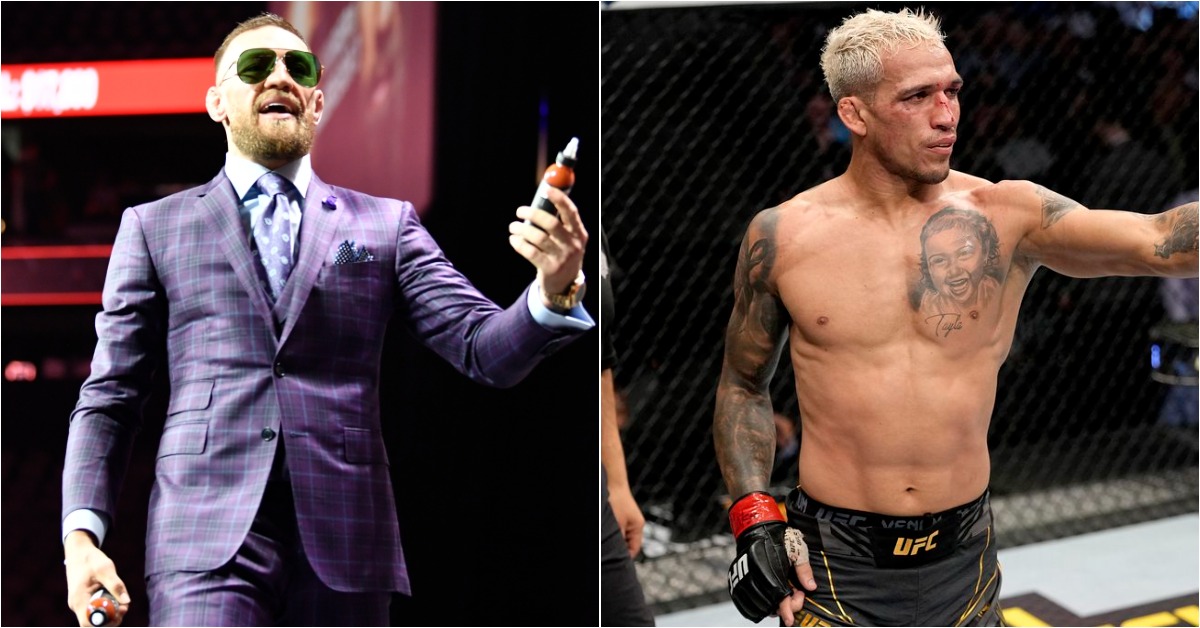 Conor McGregor is gunning for a title shot when he returns from his injury layoff.

‘Notorious’ fractured his tibia and fibula in this third fight with Dustin Poirier at UFC 264 last July.

Since then, the Irishman has often spoken about wanting a title shot for his comeback fight. That’s despite the fact he is currently riding a two-fight losing streak and hasn’t won a lightweight fight since he beat Eddie Alvarez to claim the 155lb UFC strap back in 2016.

The current champ, Charles Oliveira, is expected to square off against Justin Gaethje at UFC 274 on May 7 but McGregor thinks ‘Do Bronx’ should withdraw from that bout and face him instead.

“If your man’s wise, he might give it another month or two,” McGregor said of Oliveira. “July seems OK for me. I can’t say too early, but July, if I’m sparring in April, May, June, July — I could slap the head off of most of these guys at the end of April.”

“I just want to compete,” McGregor said. “I know that [I’m one of the best in the world]. I don’t have to prove that — I am that. Man, I’m the double champ. I went to the different sport, I came back. I know that. I don’t have to prove that, I know that. So it’s just about getting back in, competing, getting myself into pristine condition and going in and enjoying myself, putting on a show for the fans. That’s it.

“I’m in no hurry, no rush,” McGregor added. “I know a lot of people are supporting me and I want to do them well. I want to do my support well, and that’s what we’re going to do.” (Transcribed by MMA Fighting)

Do you think Conor McGregor will get an immediate title shot when he returns from injury?