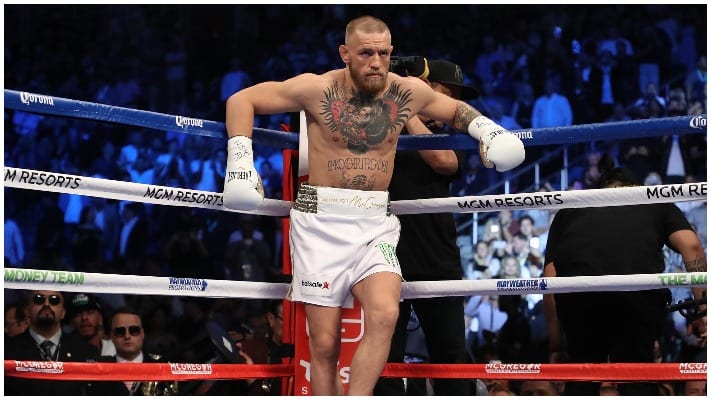 Former dual weight UFC champion Conor McGregor has openly admitted his desire to rematch Dustin Poirier is driven by a need to prepare for his upcoming boxing bout with Filipino legend Manny Pacquiao.

McGregor and Poirier recently agreed to fight. It was initially for charity before the UFC intervened and made official offer to both men. The Irishman accepted his employers offer on the condition that the bout take place in 2020 presumably so he is free to face Pacquiao in the new year.

In a recent interview, Poirier told boxing icon Teddy Atlas that the reason McGregor wants to face him next is so that he can get some rounds with a southpaw, before facing arguably the best southpaw ever in ‘Pacman’.

“Going back to why I think he wants this fight, it’s because he’s angling to fight Pacquiao. That was in the news,” Poirier said on “THE FIGHT” with Teddy Atlas (via MMA Junkie). “So I don’t know if the UFC wants him to fight one more time before they allow him to fight Pacquiao or if he just wants to get one more this year before starting next year with the Pacquiao fight, but what better way to do it against another southpaw?

McGregor took to social media to confirm Poirier’s theory to be true, he wrote.

“Correct. Southpaw box style. Continue to sharpen my MMA skills with some tough competition, while leading into my Manny bout preparation. It’s not easy going between both sports and then coming back to the one sport again. Just want to keep sharp guys, that’s all. It’s only fair.”

Do you think Conor McGregor will beat Dustin Poirier in the rematch?