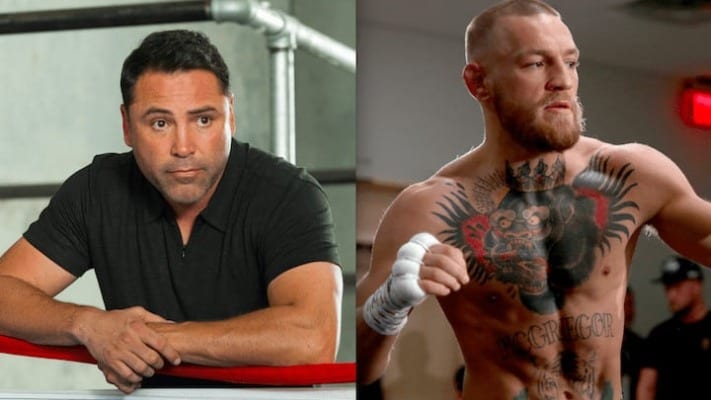 The now-retired boxer and Golden Boy Promotions founder was recently asked how a boxing match between himself and McGregor would go today.

Despite being 47, De La Hoya was confident he would come out on top and stated he would require just two rounds against the Irishman.

Having always spoken of returning to the world of boxing, the former two-weight UFC champion responded to De La Hoya.

McGregor famously made his professional debut back in 2017 when he boxed Mayweather on his way to a 10th-round TKO defeat. Despite getting outclassed, McGregor remained confident he would come away as the victor in a potential rematch.

There has also been talk of potential boxing matches with Manny Pacquiao and Paulie Malignaggi. De La Hoya could now be added to that list apparently.

What do you think of McGregor’s response?