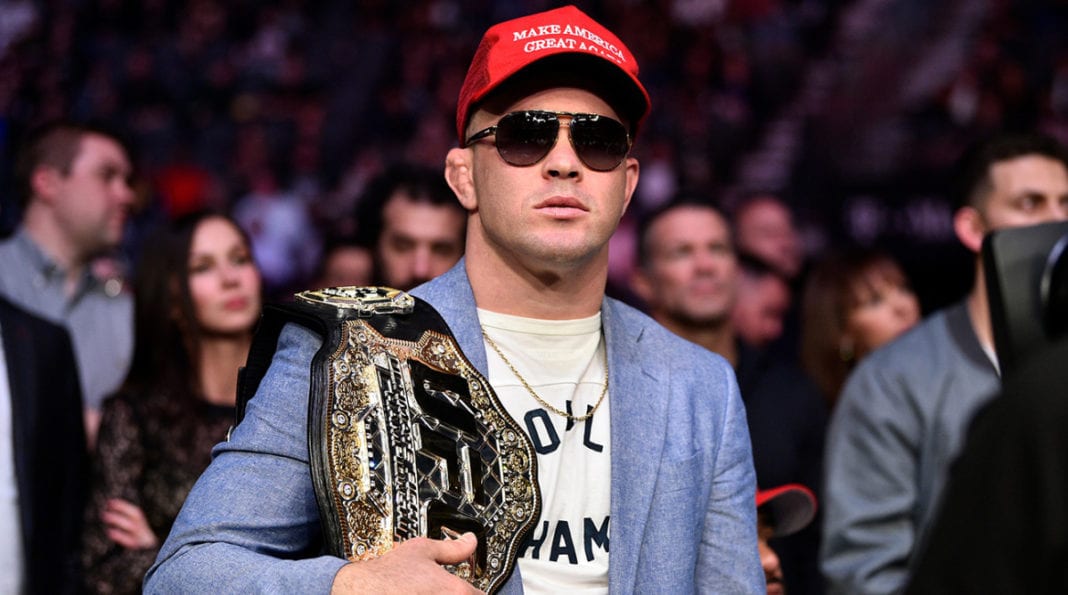 Speaking on the What the Heck show, Covington spoke of his admiration for WWE stars and explained why he thinks he’d fit well in the professional wrestling world, he said.

“Those guys are true sports athlete entertainers. To put on a show like that for the world while everybody’s at home watching, you don’t have the same energy from the crowd and the same adrenaline that you get when you walk into a full arena, so to see those guys out there putting it all on the line, I respect those guys. Those guys are some of the hardest workers on earth. I hope to join them someday. I’ve got a lot of love and respect for Vince McMahon and what he’s done for the business model of the WWE.

“My thing is I want to go to WWE and make wrestling real again. I want people to get behind it and think that it’s real. You ain’t going off the top rope on me because I’ll take you out with a double leg, you ain’t gonna get up there. So I’m looking to go over to WWE and make wrestling real again in the near future. Until then I’m gonna be retiring all the old fogeys over here in the UFC.”

Covington has already reached out to a bunch of pro wrestlers to get advice on how he can transition from UFC to WWE in the near future.

“I’ve been talking to Bobby Lashley, my friend, he’s a teammate, and Kurt Angle obviously, I walk out to his music for my fights, I keep in good touch with those guys,” Covington said.

“And Ronda Rousey, the greatest women’s mixed martial artist of all time. It’s good to learn from her and see her and how she’s handling the transition from MMA to pro wrestling. I think I’m gonna have a good grasp of it. I grew up amateur wrestling and I know how to act, I know how to sell, and everybody knows I know how to entertain so I think it’s gonna be a smooth transition when I go to the WWE in 2021.”

“I would say probably 2021,” Covington said. “Next summer, not this summer, but next summer. I’ve been practicing moves and really working on my promo and mic skills and just control and slowing things down and understanding the art of wrestling. I want to make sure when I go there I make the biggest splash possible because I’m not here for a long time, I’m here for a good time and I’m not here to make friends, I’m here to make money. When I go over there I want to make Brink’s trucks loads of money.

“Everybody knows I do good business, I pull numbers, people want to see me, I’m entertaining, and people are divided on me. They hate me and they love me, but it’s all the same thing at the end of the day.” (Transcribed by MMA Fighting)

Do you think Colby Covington will actually move to WWE in 2021?