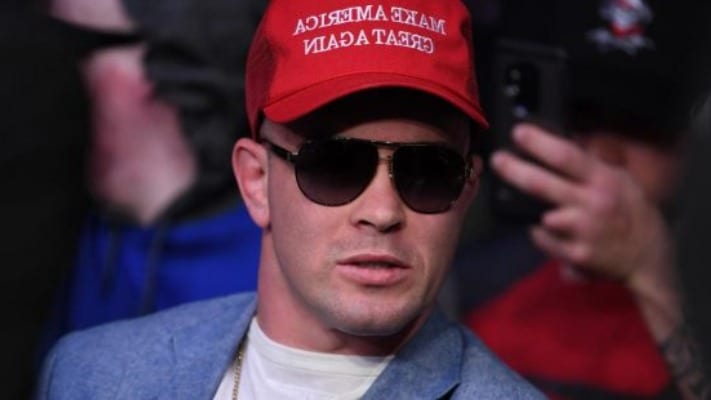 There’s no doubt that Colby Covington is currently at odds with the UFC. “Chaos” feels he’s worth a lot more than what the Las Vegas-based mixed martial arts (MMA) promotion is paying him, and feels he has been mistreated by the promotion as a whole.

Now, Covington has the opportunity to capture UFC gold as he takes on Kamaru Usman for the 170-pound title in the main event of UFC 245 on pay-per-view (PPV) tomorrow (Sat. December 14, 2019) night. Speaking to ESPN, Covington commented further on his frustrations with the promotion.

He noted he’s not satisfied with what he’s currently being paid and suggested he could jump over to the WWE for a professional wrestling career if the UFC doesn’t pay up. (H/T BJPenn.com)

“No, I’m not happy with what I’m becoming compensated. I’m being underpaid, I’m being undervalued and if the UFC doesn’t pay up after this fight you’ll probably see me in WWE,” Colby Covington said.

“This is it, I’m putting my foot down. I’m willing to retire on Saturday night after I win and go to WWE forever and leave this stupid corrupt business behind.

A potential move to WWE has been in the cards for Covington for quite some time. It seems like there could be a lot of mutual interest in a WWE run, however, Covington notes no offer is on the table just yet.

“There is not an offer on the table currently, but I guarantee after this weekend there will be some offers,” Covington said.

Do you think Covington will ultimately jump over to WWE, leaving MMA behind?