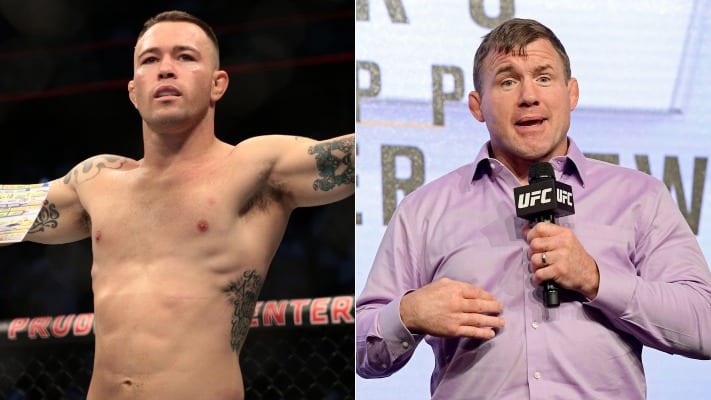 Colby Covington is one of the mixed martial arts (MMA) world’s most controversial figures.

He didn’t disappoint when on the microphone after his UFC Newark main event win over Robbie Lawler earlier today (Sat. August 3, 2019). Covington took a shot at UFC Hall Of Famer and former welterweight champ Matt Hughes’ recent train accident, in which he was struck by a train while crossing the tracks in his truck. Here’s what he had to say, per ESPN’s Brett Okamoto.

“Let’s talk about a lesson, Robbie Lawler should have learned from Matt Hughes. Get off the tracks when the train is coming.”

In June of 2017 Hughes was struck by a train while driving in his hometown in Montgomery County, Illinois. Miraculously, he had no broken bones or internal injuries but was unconscious and unresponsive for some time. Hughes eventually recovered from the accident but now has trouble speaking. Earlier this year, Hughes was hit with domestic violence allegations by his wife and was also given a restraining order by his brother.

As for Covington, he is now on a seven-fight win streak inside the Octagon. “Chaos'” latest victory has likely solidified him as the next challenger for Kamaru Usman’s welterweight throne. It will be interesting to see how the two high-level wrestlers match up against each other inside the cage.

What do you think about Covington taking a shot at Hughes’ train accident?