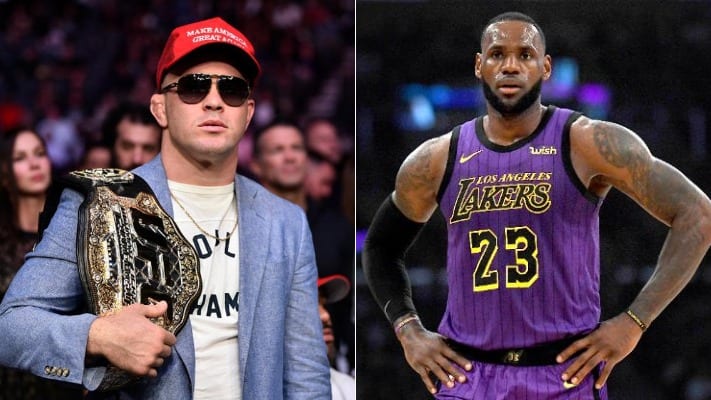 Colby Covington has never had issues going after other professional athletes who do not compete in mixed martial arts (MMA). That didn’t change when Covington went after Los Angeles Lakers star forward LeBron James for his recent comments on the China debacle currently ongoing within the NBA.

Recently, Houston Rockets General Manager Daryl Morey issued out a Tweet (since deleted) showing his support for the pro-democracy protests in Hong Kong, as China is a communist country. However, given that the NBA has a very lucrative deal with China, and the Rockets are China’s premier NBA team, Morey’s comments were met with a ton of backlash from the league.

LeBron James recently gave his thoughts on the subject, suggesting Morey wasn’t “edcuted” on the issue at hand.

“I don’t want to get into a word or sentence feud with Daryl Morey. But I believe he wasn’t educated on the situation at hand and he spoke. We do all have freedom of speech, but at times there are ramifications for the negative that can happen when you’re not thinking about others and you’re only thinking about yourself,” James said (via The BBC).

As a result, James’ comments received backlash as well from Hong Kong protest supporters. Fans in China were even seen burning his jersey in the streets. This forced a follow-up Tweet from James on Twitter who tried to clarify his stance.

This sparked a response from Covington, who took the opportunity to go off on James for his comments.

What do you think of Covington’s comments towards James?