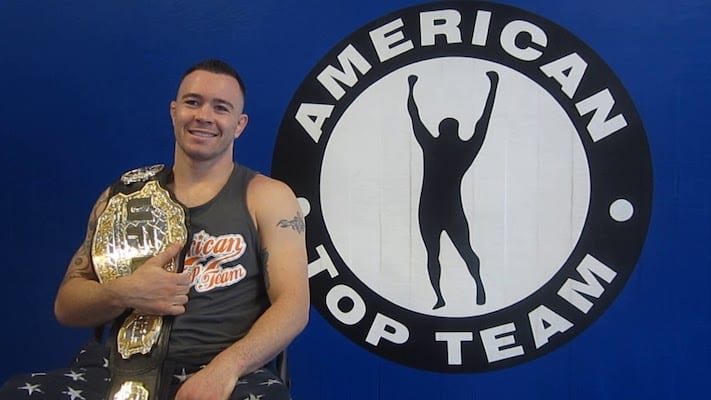 Colby Covington is preparing to challenge Kamaru Usman for the UFC welterweight title, a matchup that has developed quite the rivalry between the two.

Covington has seen quite the rise within the mixed martial arts (MMA) community, especially due to the brash persona he has adopted in recent years. Of course, such a move also comes with controversy. Covington’s antics have rubbed many the wrong way, including some of his own teammates at American Top Team (ATT).

Speaking to ESPN, Covington noted that he’s now doing his training behind closed doors, as some of his teammates could turn out to be his opponents down the road.

Covington went on to say that he has to look over his shoulder at ATT, fearing he might be attacked and claiming he has even had some people coming up to him at the gym shouting and creating scenes.

“I don’t feel comfortable,” Covington said. “I feel like I always have to look over my shoulder. I have to watch my back. I don’t know if people are gonna come up and try to attack me. I’ve had people yelling in the gym at me, creating scenes and stuff. It’s not a good environment for me there.”

ATT owner Dan Lambert commented on the situation, saying Covington doesn’t have to worry about being attacked in his gym, but anywhere else in the world is a completely different story.

What do you think about Covington saying he doesn’t feel comfortable at ATT anymore?