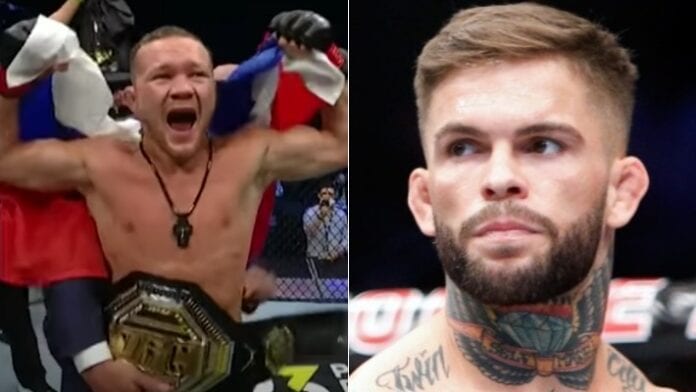 And Garbrandt made sure to let his thoughts be known on the Russian during and after the fight.

“We have unfinished business!! I’ll break him in 2 rounds Ko him in the 3rd I want to break his will.

READ MORE:  WIll Jake Paul’s foray into MMA be good for the sport?

Yan responded to the former champion on Sunday with a simple dig.

“Let’s find out, we have unfinished business!! You only act tough when your rat looking friend got his camera out.”

The unfinished business Garbrandt is referring to is the heated confrontation the pair had backstage at UFC 245 back in December following Yan’s win over Urijah Faber.

For now, at least, Garbrandt will need at least one more win if he wants a crack at regaining his old title. But it will certainly be one heck of a fight should the pair eventually meet in the future.