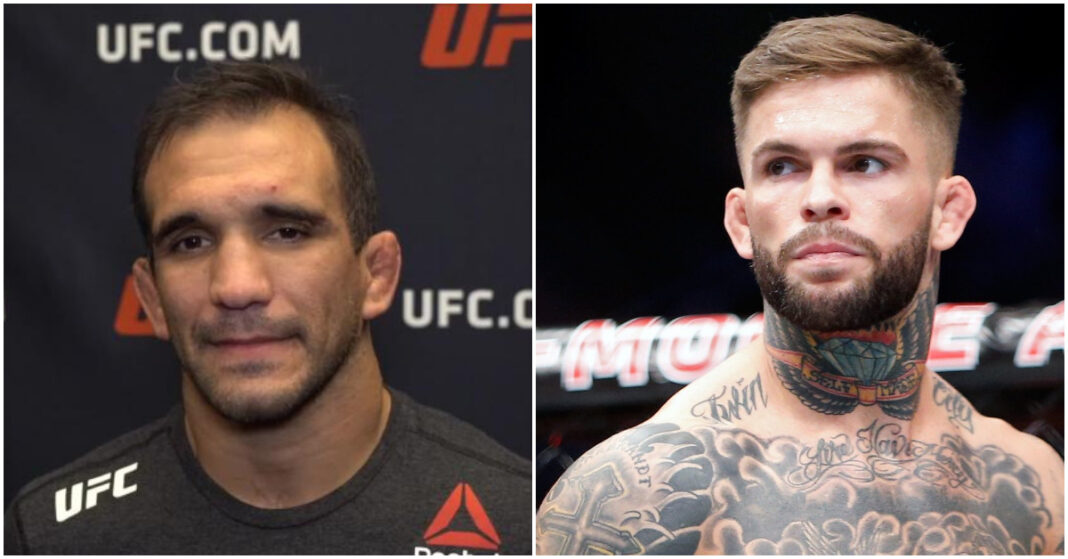 Cody Garbrandt is without an opponent for his next fight.

Former UFC Bantamweight champion Cody Garbrandt was scheduled to return to action against Rani Yahya at the UFC Apex, Las Vegas on July 9 at UFC Vegas 58.

Yahya has been reportedly forced to withdraw from the match due to a neck injury. He’s expected to remain on the sidelines from training for at least four weeks with no concrete timeline for his return to the octagon as of yet, as reported by MMA Fighting. Having dropped only one in the last five years, Yahya was looking to extend his win streak to three after dispatching both Ray Rodriguez and Kyung Ho Kang.

It remains to be seen whether Garbrandt will remain on the card and be matched up with a timely replacement or if he will be scrapped from the card for a future event.

‘No Love’ was going into the bout reeling off five losses in his previous six. Of those five losses, four were by knockout or technical knockout. His last outing and debut at flyweight against Kai Kara-France did not go his way as he got knocked out in the first round at UFC 269. The sole win for Garbrandt since December 2016 was against Raphael Assuncao, who he knocked out right before the bell in round two in June 2020.

Garbrandt was moving back up to the 135-lbs division, a weight class he ruled before succumbing to two consecutive defeats to TJ Dillashaw.

UFC Vegas 58 will be headlined by Rafael dos Anjos who faces Rafael Fiziev at the UFC Apex Arena this July 9.

Following the change, UFC Vegas 58’s card stands as below: