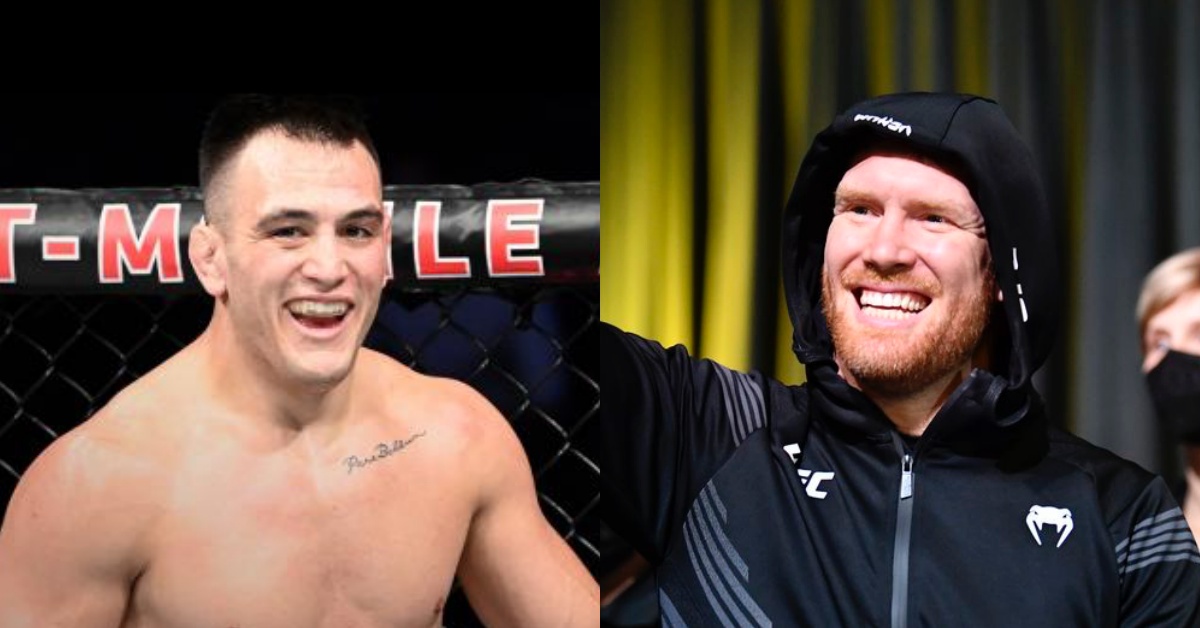 Emerging UFC middleweight prospect, Cody Brundage has welcomed the opportunity to share the Octagon with the likes of Gerald Meerschaert, Eryk Anders, or veteran, Sam Alvey in the future should he defeat The Ultimate Fighter finalist, Treasen Gore at next month’s UFC Vegas 58 event.

7-2 as a professional, Brundage, an alum of both LFA and Dana White’s Contender Series – has suffered losses to the fellow emerging talents of Nick Maximoc, and William Knight – getting off the mark in the UFC with an eye-catching first round guillotine win against Dalcha Lungiambula back in March.

Slated to return beneath a high-profile lightweight main event between former undisputed champion, Rafael dos Anjos and the streaking, Rafael Fiziev on July 9. at the UFC Apex facility, Brundage draws the aforenoted TUF finalist, Gore – who dropped a tournament finale against Bryan Battle in his Octagon bow.

Previewing his upcoming Octagon outing at the beginning of July, Brundage admitted that bouts against division staples like Alvey, Meerschaert, or Anders most definitely interest him should he overcome Gore.

“I’m a fan of most of those guys but yeah, I would enjoy fighting any of them, I like that matchup,” Cody Brundage explained. “So yeah, there are some (some future matchups), for sure.”

Displaying his finishing poise in his second Octagon outing against the above mentioned, Lungiambula, Brundage, who boasts a 7-2 record – has been forced the distance just once from those seven victories, defeating three opponents with strikes, and a further three with varying submission successes.