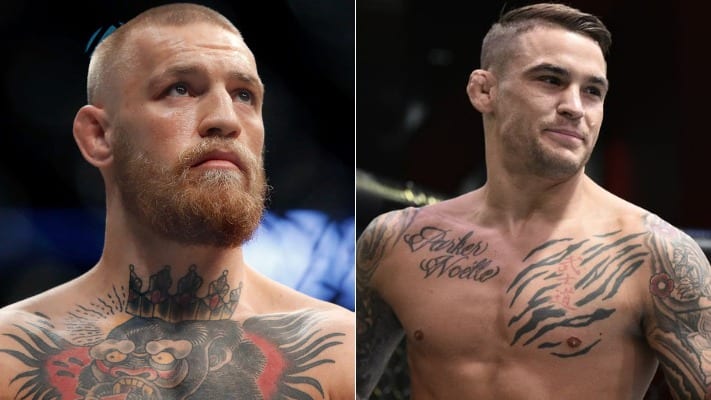 McGregor faces Poirier in a lightweight rematch this Saturday at UFC 257 in Yas Island, Abu Dhabi. Having knocked out Poirier in their first meeting back in 2014, the general consensus seems to be that McGregor will get the knockout win again.

However, many observers feel if Poirier can drag the fight beyond the first two rounds, he has a much greater chance of winning. The belief, of course, is that McGregor tends to gas out as the fight goes on — evidenced by his first UFC defeat which came at the hands of Nate Diaz in 2016.

However, McGregor’s coach in Roddy believes the fight playing out that way actually plays into the hands of his pupil rather than Poirier.

“I doubt it’s going to go that far, but you’ll see,” Roddy told Submission Radio (via Middle Easy). “If it does go to (rounds) three, four, and five… I can’t see it going that far, but I think it will be a lot worse for Poirier if I’m being honest, because you don’t want Conor hitting you for 25 minutes, and he can set a pace, Conor.

“He is in phenomenal shape. He is in the best shape I’ve ever seen him in my life, physically and mentally. So I think it would be dangerous. I think Poirier would be taking a lot of dangerous blows if he managed to stay in there, but I still don’t see him staying in there.”

Of course, the goal for McGregor is to get the early knockout which is exactly what he has predicted. But it would certainly be interesting to see how he holds up in the late rounds — especially at 155 pounds.

Do you agree with Roddy?