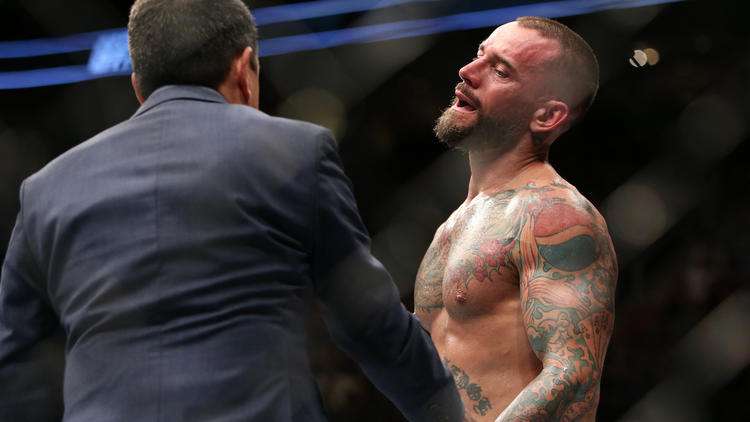 CM Punk understands fans criticizing the fact that he will be on the main card of a UFC PPV event in his second fight.

It’s already been announced that he would fight Mike Jackson at the upcoming UFC 225 pay-per-view event.

Punk made his UFC debut in a welterweight bout against Mickey Gall back at the UFC 203 pay-per-view event in September of 2016.

As seen in the fight, Gall dominated Punk and submitted him in just minutes in the very first round. This fight also marked Punk’s pro-MMA debut.

On Monday, Punk decided that he would comment on a thread posted on Twitter involving UFC Hall of Famer Mark Coleman criticizing the former WWE Champion’s placement on the card of this upcoming event. He wrote the following:

“I understand too. If it was up to me, I’d be first fight on fight pass. Don’t matter to me.  Fans like to be outraged by stuff that doesn’t matter. (Appreciate the support Mr. Coleman!!!!!  You’re truly the man).”

I understand too. If it was up to me, I'd be first fight on fight pass. Don't matter to me. Fans like to be outraged by stuff that doesn't matter. (Appreciate the support Mr. Coleman!!!!! You're truly the man)

The UFC 225 pay-per-view event slated to go down on Saturday, June 9, 2018, at the United Center in Chicago, Illinois.

UFC middleweight champion Robert Whittaker is slated to defend his title against Yoel Romero at this upcoming pay-per-view event, which will serve as the main event. Here is the updated card for the show: