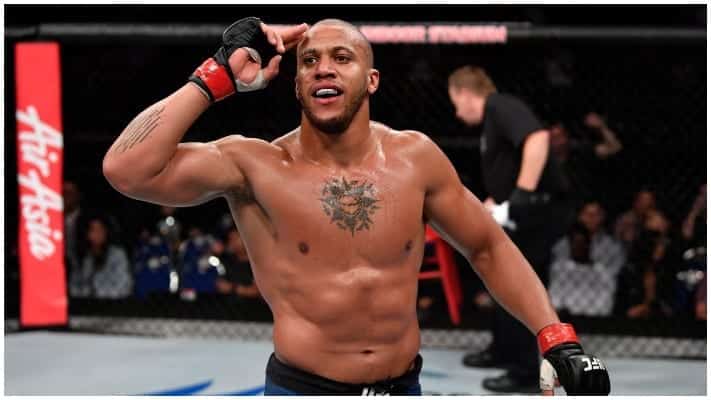 Ciryl Gane has dismissed the notion that his sparring spats with Francis Ngannou will offer him any edge ahead of their UFC Heavyweight Championship unification bout.

Gane’s conquest of #2 ranked, Derrick ‘The Black Beast’ Lewis at Saturday Night’s UFC 265, saw the dominant Frenchman snatch the interim belt with a third-round, ground & pound TKO. With the gold strapped firmly around his waist, ‘Bon Gamin’ Gane is now in pole position to face off against Heavyweight Ruler, Ngannou.

The two have a spotted history, with both having studied under Fernand Lopez, head coach of the MMA Factory, France’s largest MMA facility. Yet, whilst Gane has remained loyal to his compatriot in Paris, ‘The Predator’, Ngannou absconded to Las Vegas’ Xtreme Couture, in his quest for Heavyweight glory.

Whilst some time has now passed since the 6’3” Ngannou’s departure for The States, the two will no doubt share a certain familiarity when they square off in the octagon. The real question is, who will have added more to their arsenal since their gym spats?

In the UFC 265 post-fight presser, striking aficionado Gane highlighted how he won’t overanalyse his experience scrapping the 265lb Champ:

However, despite Ngannou fleeing the MMA Factory’s nest, Monsieur Gane was quick to downplay any animosity between the titans.

As for when the two will face off, UFC President Dana White outlined his intentions to make the match before the end of 2021 but admitted scheduling issues may hinder this ambition.

Gane, on the other hand, is in no rush to unify the championships. With a new child due to be born in the forthcoming weeks, he has set his sights on some much-needed downtime with the family. Yet, rest assured, he will be ready to go when the Cameroonian Canon comes calling.

“Some people ask me about the end of this year – it’s possible. But yes, I did a lot in the last one and a half years. I’m waiting for a baby and I just want to rest a little bit. Maybe a few months. Then we’ll see.” (Transcribed by MMA Junkie)

Who do you think wins this heavyweight unification fight? Ciryl Gane or Francis Ngannou?